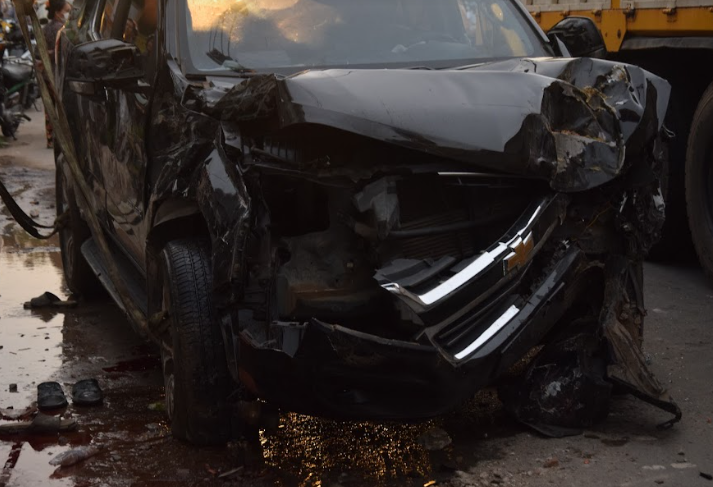 A man was killed while his wife was injured after an automobile driver who was allegedly under the influence of alcohol crashed his vehicle into a house in Vietnam’s Mekong Delta on Thursday.

Preliminary information showed that Vo Minh Lam, 33, was driving his seven-seater car on National Highway No.1 from Bac Lieu Province to Ca Mau Province at around 3:50 pm.

The automobile suddenly entered the opposite lane, mounted the sidewalk, and rammed a house on the side of the road.

N.T.H., 66, the owner of the house, and his 67-year-old wife were standing in front of their home at the time of the accident.

H. died on the spot, while his wife and the car driver were injured and taken to hospital for emergency treatment.

The automobile was heavily damaged during the incident.

Police officers later arrived at the scene to carry out an investigation and determine the cause of the crash.

Eyewitnesses said that the driver of the car appeared to be drunk.