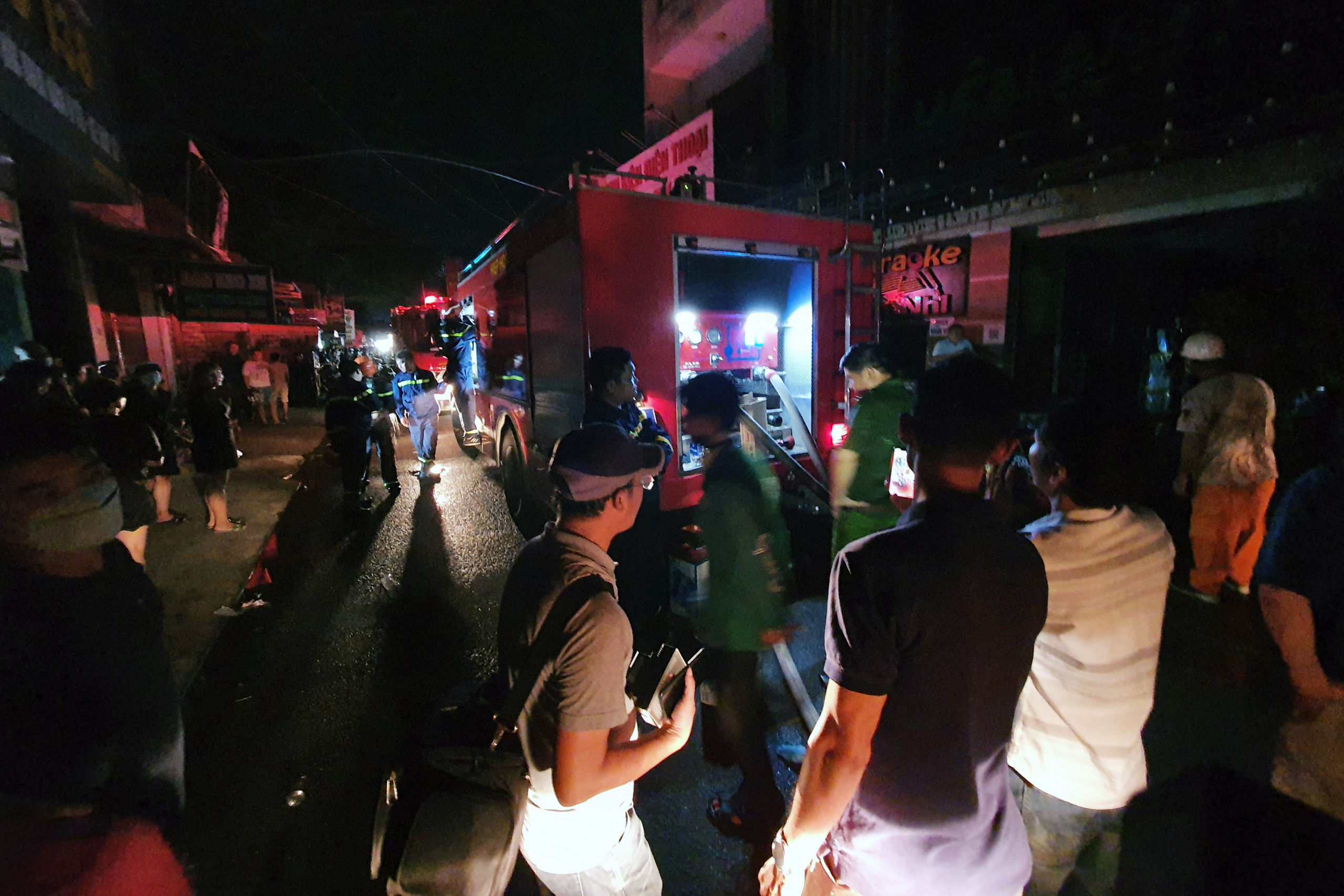 Customers and employees managed to safely escape a karaoke parlor in Dong Nai Province, southern Vietnam after a fire broke out at the venue on Sunday.

The flames hit Yen Nhi karaoke parlor in Trang Bom District, Dong Nai Province at around 5:30 pm on Sunday, according to preliminary information.

Employees discovered the fire on the third floor of the four-story facility and immediately asked all customers to get out of the building.

Fire fighting and prevention police officers later arrived at the location and put out the blaze at around 6:30 pm.

There were no casualties in the incident, but many objects inside the karaoke parlor were burned.

Officers said the blaze started inside one of the singing rooms on the third floor, adding that they were investigating the cause of the incident.

Employees of the venue said they checked the CCTV and noticed smoke on the third floor.

They quickly informed all of the staff and guided customers to safety.

All guests were singing on the lower floors at the time, they added.