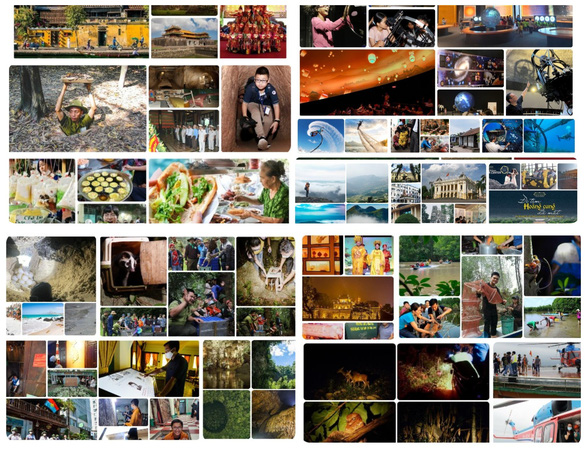 The Vietnam Records Organization, or VietKings, has recently published the first 20 records of the country’s top 50 unique tours, including the helicopter tour around Ho Chi Minh City and the expedition into the world’s largest cave Son Doong.

The year 2022 marks the first time VietKings has announced the list of records in its search for top 50 unique travel experiences in Vietnam.

These tours allow visitors to discover the culture, history, and cuisine in Vietnam, and especially, the country's stunning landscapes.

Numerous tours in Ho Chi Minh City made it on to the list, including a tour visiting historical relics during the American War, a helicopter tour, a motorcycle tour to explore the city, a tour exploring Cu Chi Tunnels, and another to enjoy the street food culture.

Here are the first 20 records in top Vietnam’s 50 unique tours:

3. Tour to visit historical monuments and take a glimpse into the history of Ho Chi Minh City during the American War.

7. Tour to explore the Imperial Citadel of Thang Long at night in Hanoi.

10. Tour to discover the culture of the Ruc ethnic minority, one of the most mysterious tribes in the world, Quang Binh Province, north-central Vietnam.