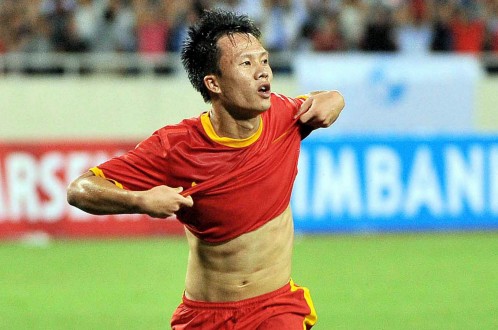 The Vietnam Football Federation (VFF) imposed a life fan on Thursday on nine footballers from Vissai Ninh Binh for fixing their match with Malaysian club Kelantan FA on March 18 at the 2014 AFC Cup.

The players are eliminated from all football activities organized by the Vietnamese football governing body, according to an official of the penalty council under the VFF. Each of the players was ruled to pay a pecuniary fine of VND20 million (US$961).

They bet on Total Goals Over 3, referring to a type of betting which depends on the number of goals scored in total for a match over 90 minutes.

The AFC Cup match ended with the Vietnamese side winning 3-2, enabling the nine players to win VND850 million.

The AFC Cup is an annual international association football competition between Asian clubs run by the Asian Football Confederation.

All officials and players are banned from taking part in betting and fixing matches, according to the confederation. In Vietnam, any type of football betting is illegal.

In August, the People’s Court in the northern province of Ninh Binh – where Vissai Ninh Binh are headquartered – gave midfielder Dung, who led the group, a sentence of 30 months in jail and the other eight suspended sentences.

Soon after the rigging was uncovered, Vissai Ninh Binh club owner Hoang Manh Truong decided to voluntarily withdraw from the 2014 V-League, the country’s top-flight tournament, to battle the dishonesty.