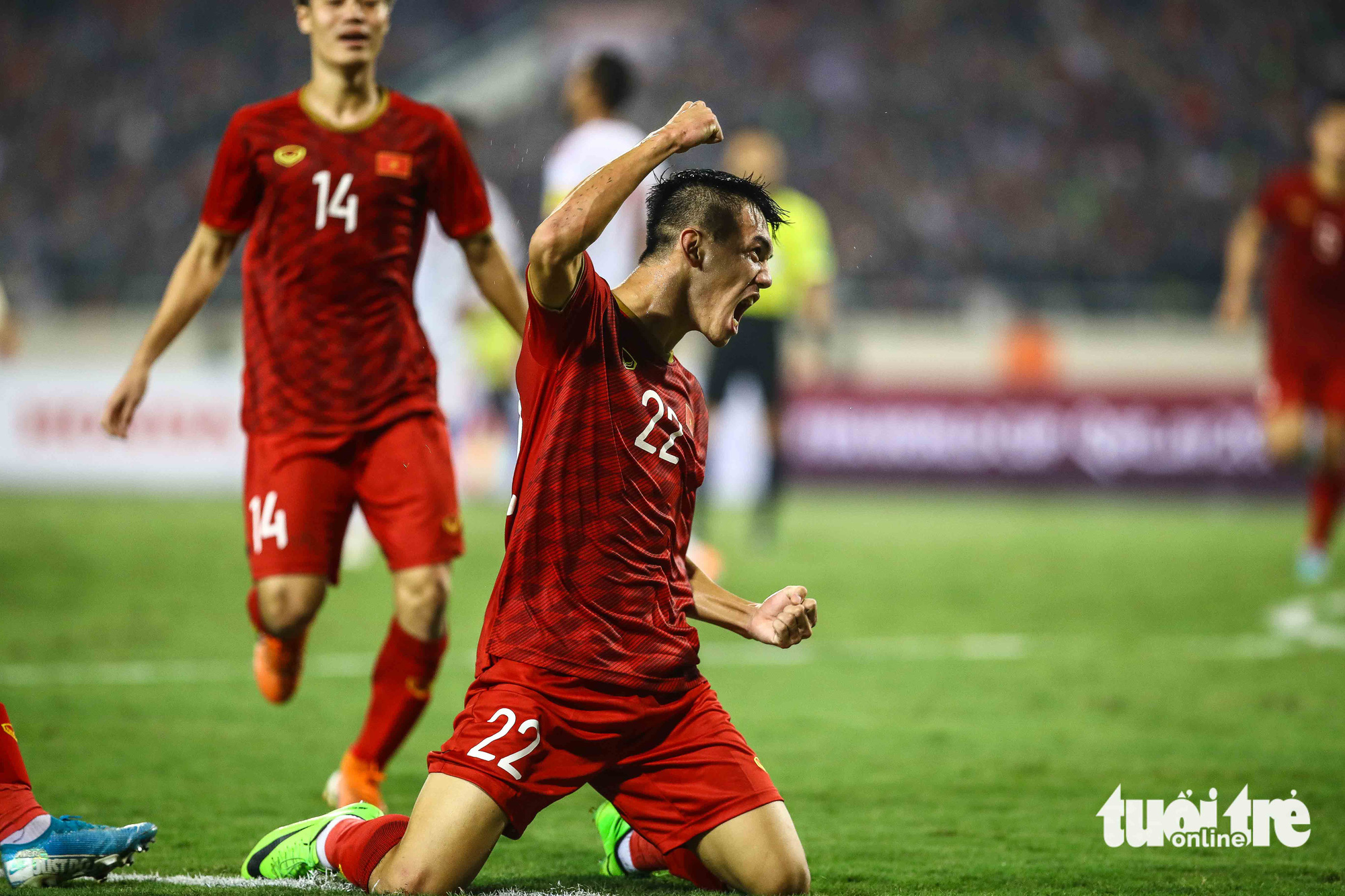 That figured tripled to EUR3.6 million (US$4.03 million) as the Southeast Asian nation beat out the vast majority of the world in returning to normalcy following a 22-day social distancing campaign in April to curb the spread of COVID-19.

Vietnam led the way in bringing football back to fans by hosting the opening game of its 2020 National Football Cup qualifiers on May 23.

The match, which hosted around 10,000 spectators, marked the return of Vietnamese football players after a three-month break due to the public health crisis.

Hai, who plays center-back for Vietnam’s national football team, has scored two goals and registered one assist in a total of 33 international appearances, according to Transfermarkt statistics.

The talented young man has bagged a total of three goals in 11 international matches.

“Twenty-two years old. Dauntless. Having scored two goals in his FIFA World Cup qualifying debut, this was how Vietnam striker Nguyen Tien Linh impressed the media and fans alike in Asia’s qualifying for Qatar 2022,” FIFA printed in an article on its website in February of this year.

Linh plays for Becamex Binh Duong FC, a professional football club based in the southern province of Binh Duong.

Last month, the star footballer was nominated by Fox Sports Asia as one of nine “prolific attackers” in Asian football in an article to mark the 66th anniversary of the AFC.

In February 2018, he was transferred to the Thai professional football club for a record price of $500,000.

Transfermarkt reacted to the economic implications of the COVID-19 pandemic by wiping off a total of EUR9 billion from players, according to a statement on its website on April 8.

They also took the unprecedented step of making a global market value cut of 20 percent for all players born before 1998. Players born in 1998 and later saw their market value drop by ten percent while those players worth EUR300,000 or less suffered no impact.

“The stock market prices collapsed, many clubs could be threatened by insolvency and transfer plans came to a standstill for most clubs because of the many uncertainties [sic],” Transfermarkt founder Matthias Seidel was quoted as saying by the website.

“At the moment, it is difficult to imagine that transfer fees will continue to rise as they have in previous years in the foreseeable future. Although there could still be upward outliers, an immediate reaction to the situation is necessary from our point of view."

It goes without saying that the total market value of Vietnam’s national football team has bucked the global trend, partly thanks to the government’s efforts to combat COVID-19.

Vietnam reported no new cases of the acute respiratory disease on Wednesday, the country’s 48th day without community transmission. The national tally stands at 328, with over 92 percent of the patients having recovered.