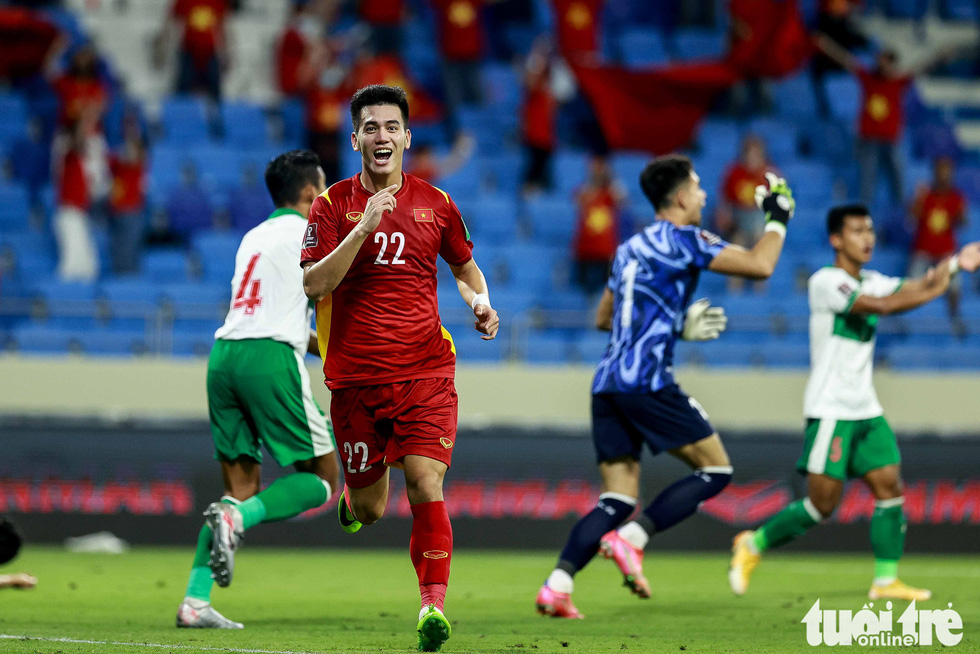 Vietnam have dominated a poll organized by the Asian Football Confederation (AFC) in advance of the match against Malaysia on Friday evening in their FIFA World Cup second qualifying round, with 86 percent of AFC readers believing the Vietnam will trounce their opponents.

The game between Group G leaders Vietnam and fourth-place Malaysia will be broadcast live on national channels VTV5 and VTV6 at 11:45 pm on Friday (Vietnam time).

Group G is among the eight groups of five drawn from 40 teams that have been playing home and away round-robin matches since September 5, 2019 in the second round of the Asian qualifiers for the 2022 FIFA World Cup.

As usual, the AFC has published match previews on its website, accompanied by a poll to gauge readers’ forecast for the results of each match.

The ‘Who will win?’ poll in the preview article of the Vietnam - Malaysia and the UAE - Indonesia matches showed that as of early Friday morning, 86 percent of voters believed that Vietnam would thrash Malaysia.

Meanwhile, nine percent of the readers thought Malaysia would emerge victorious and five percent reckoned that the match would result in a draw.

Vietnam are looking to extend their unbeaten run in the Asian qualifiers to seven games, as well as their distance ahead of the second-place UAE, who are two points adrift in the competition for the group’s top spot.

Group leaders will win a direct ticket to the final qualifying round.

A victory in Friday night’s match will cement the Vietnamese's leading position in the race, especially before they meet hosts the UAE in the next game on June 15.

Meanwhile, Malaysia hope to overtake Thailand to reach third place in Group G with a win on Friday.

In their restart since the resumption of the round, Vietnam gained an emphatic 4-0 win against already-eliminated Indonesia, which are bottom in the table, on June 7 while Malaysia suffered a 4-0 defeat against the UAE on June 3.

Japan's women's softball team got the Tokyo 2020 Olympics off to a winning start for the hosts on Wednesday, a boost for the pandemic-postponed Games that the World Health Organization sees as "a celebration of hope" even as COVID-19 cases surge

M’sia minister worried about fan safety ahead of Vietnam game