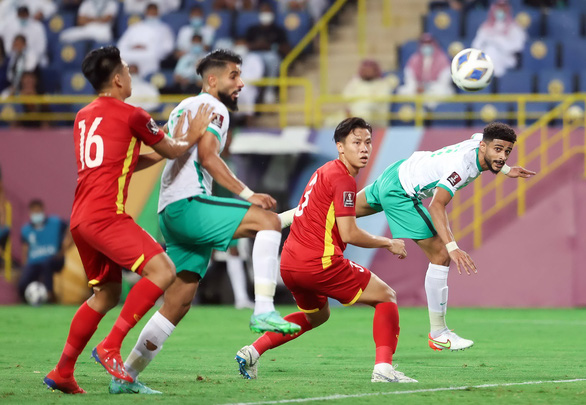 Vietnam resolve to earn their very first points in the final FIFA World Cup qualification round in this coming clash against Saudi Arabia on home soil at 7:00 pm on Tuesday.

The game will be broadcast live from Hanoi on Vietnam Television’s VTV6, streaming service FPT Play, and Internet-based TV service VTVCab ON.

In the first leg against Saudi Arabia in Riyadh on September 2, Vietnam lost 1-3 despite taking the lead in the third minute.

Saudi Arabia currently sit atop Group B with 13 points after five matches in the final round of the 2022 FIFA World Cup Asian qualifiers.

Meanwhile, with zero points from the five matches, Vietnam are rooted to the bottom of the group, which also includes Japan, Australia, Oman, and China.

Against all odds, Vietnam have maintained their target of winning points in the remaining five matches, starting with the Saudi Arabia game.

“The Vietnamese have been competitive in almost all their outings, which have included single-goal defeats to Australia and Japan, and should be aiming to pick up a win or two in the second half of the campaign,” Gabriel Tan, Singapore correspondent for ESPN with a focus on Asian football, wrote in an article on Monday.

In addition to the Vietnam - Saudi Arabia matchup, several other teams will go head-to-head on Tuesday, including Lebanon and the UAE, Australia and China, Iraq and South Korea, Oman and Japan, and Syria and Iran.