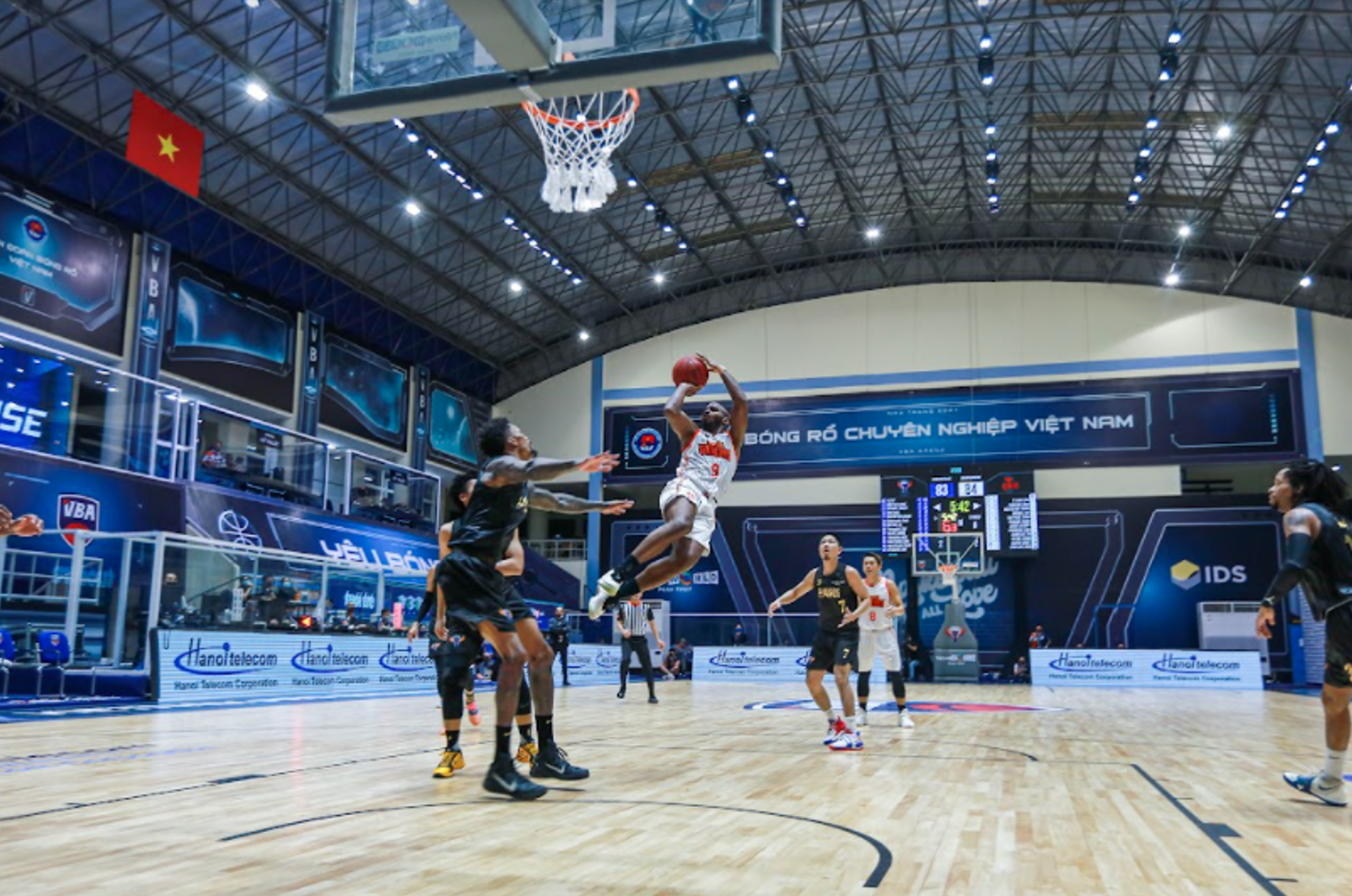 The VBA Premier Bubble Games - Brought to you by NovaWorld Phan Thiet 2021 took place safely and successfully during the COVID-19 pandemic in Vietnam, creating a foundation for the organization of other basketball tournaments under the country’s ‘new normal’ conditions.

The VBA Premier Bubble Games 2021 was organized during the fourth wave of COVID-19, which hit the country in late April.

All games of this season took place without an audience, while athletes and members of the organizing board were isolated from everyone outside of the tourney.

Thanks to these strict conditions, the VBA Premier Bubble Games 2021 was the only sports competition in the country permitted to take place during the outbreak.

According to coach Phan Thanh Canh of Danang Dragons, members of the VBA were lucky to have a great experience in the league in Nha Trang City, located in the south-central province of Khanh Hoa.

Although the number of games was far less than originally planned, “it is still better than none,” Canh added.

The league also offered a good opportunity for Vietnamese basketballers to sharpen their skills and prepare for the upcoming SEA Games 31, which is expected to begin in Vietnam in May.

Nguyen Thanh Tung of Ho Chi Minh City Wings, Tran Vy Nghiep of Cantho Catfish, and Bui Thai Ha of Hanoi Buffaloes said they had a wonderful and memorable season because they were able to pursue their passion and earn a living during the pandemic.

The VBA is the most valuable professional basketball tournament in Vietnam and it is known for offering local players the opportunity to learn from foreign athletes and coaches.

Vietnamese basketball has grown over the years

Coach Erik Olson of Ho Chi Minh City Wings said he has observed many basketball tournaments in Asia over the past years, including the VBA, which showed a steady improvement each and every year since its inception.

Thanks to the guidance of coach Olson, Ho Chi Minh City Wings won six out of its ten games at the VBA Premier Bubble Games.

It was a meaningful experience as the players and coaches were able to participate in the event while many people in Vietnam had to stay home and were unable to go to work, the coach elaborated.

He hopes that the VBA will come back stronger in the coming years, with all teams continuing to improve.

The VBA Premier Bubble Games 2021 was considered good preparation for the Vietnamese national basketball team ahead of its participation in the SEA Games 31, which is expected to be a good opportunity for Vietnamese basketball to prove itself.

The event was previously postponed by the COVID-19 pandemic, creating a good chance for coaches and players to boost their connection and play style.

Fans are looking forward to the next VBA season and hope to be able to directly watch the games from the stands as well as witness the discovery of new stars.

The project includes such facilities as theme parks, water parks, a 10,000-seat performing arts center, a golf course cluster, a tennis court, and a marathon route.

There will also be outlets, a nightlife center, a marine park, hospitals, schools, an international village and retirement village, as well as 20 hotels and resorts operated by famous international brands.