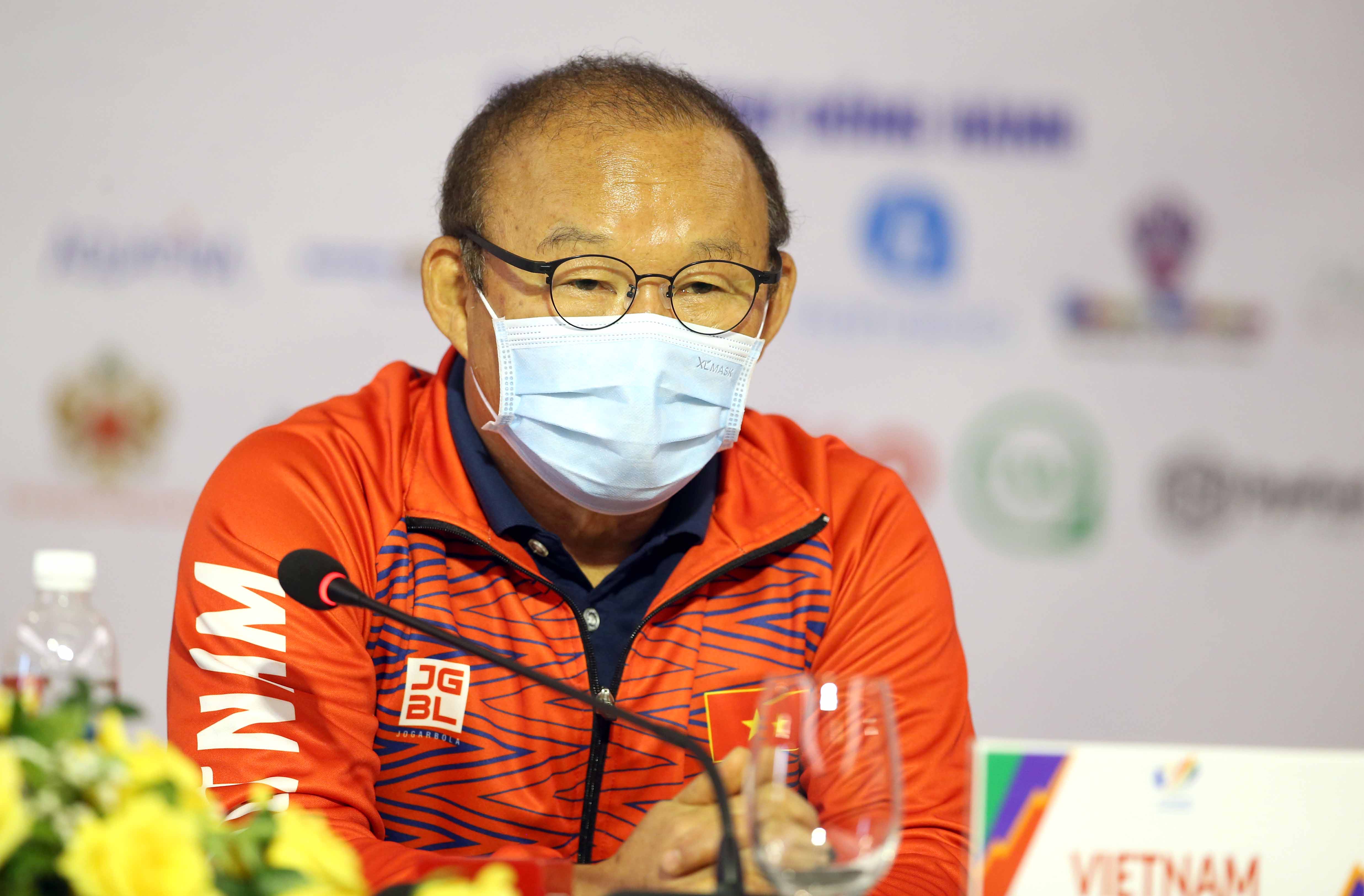 Vietnam head coach Park Hang Seo told a press conference on Wednesday that he was expecting his players to secure a victory during the official 90 minutes of their men’s football semifinal against Malaysia at the 31st Southeast Asian (SEA) Games.

The game will take place at Viet Tri Stadium in northern Phu Tho Province and be broadcast live on VTV6 channel at 7:00 pm on Thursday.

Park said his team would be able to chalk up a win if they can put up a solid defense and capitalize on opportunities.

He also shared that his players are healthy and the team are looking solid.

“If we can beat Malaysia in 90 minutes, that would be great,” Park said.

“I want that. But we can’t say what will happen. It’s football.”

Malaysia coach Brad Maloney spoke highly of the Vietnamese side, though he underlined that Malaysia plan to put up a strong showing for the match.

In the other semifinal match on Thursday, Thailand will compete against Indonesia at Thien Truong Stadium in northern Nam Dinh Province at 4:00 pm.

The game will also be broadcast live on VTV6 channel.

The 31st SEA Games, which boast 526 categories in 40 sports, are taking place in Hanoi and 11 surrounding provinces and cities from May 12 to May 23.