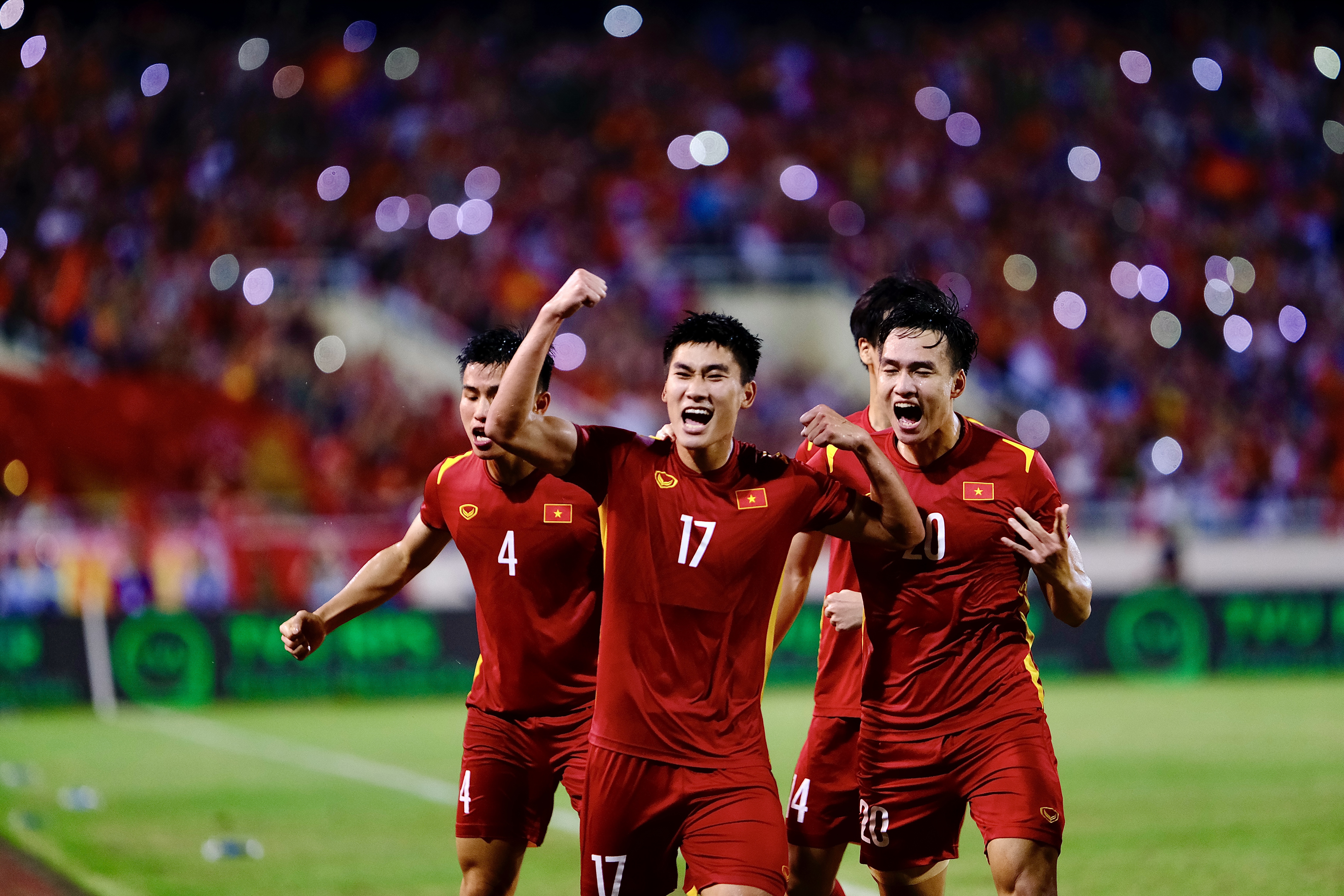 Vietnam’s under-23 players have proved that they are a force to reckon with after a near-immaculate 31st Southeast Asian (SEA) Games campaign, where they did not concede a single goal, being the only title winners able to do so in the event’s history.

The young Golden Stars racked up five wins and one draw throughout the tourney to claim the second SEA Games triumph since quenching their gold-medal thirst in 2019.

That included their 1-0 victory over Thailand thanks to a sumptuous 83rd-minute header from Nham Manh Dung at My Dinh National Stadium in Hanoi on Sunday night.

Previously, they defeated Malaysia 1-0 in the semifinals after beating Indonesia 3-0, Myanmar 1-0, and Timor Leste 2-0, and drew goalless against the Philippines in the group stage.

They were the only squad in the SEA Games’ history that did not succumb to a single goal en route to the gold medal.

All of the teams in the tournament took on Vietnam with a defensive tactic, except Thailand, who were praised for having a good forward line by scoring 13 goals before the finale against the Vietnamese hosts.

This is the second time in 2022 that the junior Vietnamese team have won a tournament without conceding a goal, following the ASEAN Football Federation (AFF) U23 Championship in Cambodia in February.

The 31st SEA Games, which boast 526 categories in 40 sports, are scheduled to conclude on Monday night with a closing ceremony in Hanoi, after kicking off on May 12.

Over 7,878 athletes, coaches, and members from 11 sports delegations in Southeast Asia have registered for the event.