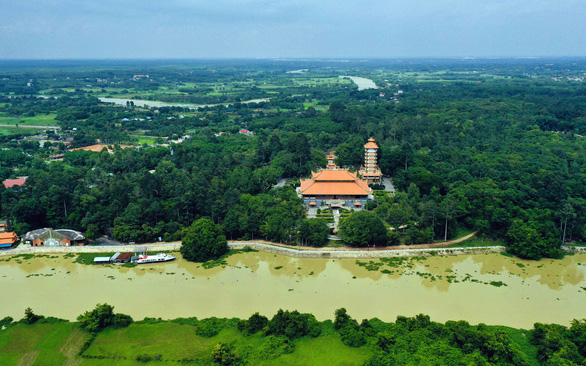 Authorities in Ho Chi Minh City have proposed that the Ministry of National Defense seek UNESCO recognition of the Cu Chi Tunnels — a network of underground tunnels in the city’s Cu Chi District that were used by Vietnamese troops in wartime.

Located about 60 kilometers from downtown Ho Chi Minh City, the Cu Chi Tunnels were built by Vietnamese soldiers as shelter from U.S. troops during the American war in Vietnam.

More than 120 kilometers out of the 250 kilometers of the tunnels' length has been preserved for tourism purposes.

In 2016, the historical site was recognized as a special national relic.

The complex of tunnels meets UNESCO’s criteria for world heritage site recognition in terms of outstanding global value, integrity, and authenticity, according to the municipal People’s Committee.

After receiving permission from the Ministry of National Defense, the body charged with administering the Cu Chi Tunnels via the Military Command of Ho Chi Minh City and the city’s Department of Culture and Sports will work with relevant agencies to complete the application.

Vietnam is home to eight UNESCO recognized world heritage sites, namely Phong Nha-Ke Bang National Park, My Son Sanctuary, Hoi An Ancient Town, the Complex of Hue Monuments, and Citadel of the Ho Dynasty in the central region; along with Ha Long Bay, Trang An Landscape Complex, and Thang Long Imperial Citadel in the north.

If recognized, the Cu Chi Tunnels will be the southern region’s first UNESCO World Heritage Site.

World Heritage is a designation for locations with outstanding universal value to humanity that have been inscribed on the World Heritage List to be protected for future generations to appreciate and enjoy.