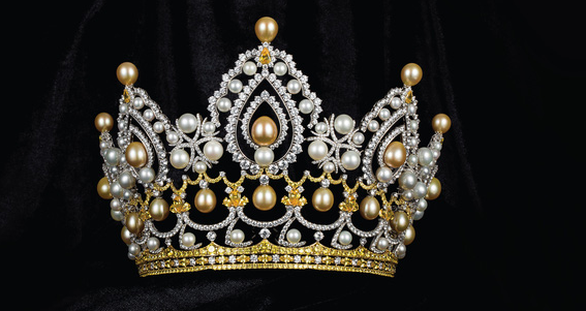 The crown of Miss Vietnam 2020 was made in six months, weighing 159.72 grams of gold with nearly 2,000 pearls and gems of various kinds engraved, heard a press conference in southern Ba Ria – Vung Tau Province on Wednesday afternoon.

Unlike previous editions, Miss Vietnam 2020 will be seated on a throne and be awarded a gold-plated scepter and a bouquet of porcelain flowers in addition to the crown.

Another distinction of this year’s event is that the first and second runners-up will also be presented with crowns.

Miss Vietnam 2020 is the 17th version of the Miss Vietnam pageant which has been held every two years since 1988.

The current Miss Vietnam beauty queen is Tran Tieu Vy from the central province of Quang Nam, who was crowned in Ho Chi Minh City on September 16, 2018.

The organizers said the number of contestants this year surged compared with the previous edition, with nearly 400 selected to participate in the preliminaries in the southern and northern regions, which wrapped up at the end of September.

Sixty contestants competed in the semi-final in Hanoi on October 10.

The final of this year’s Miss Vietnam beauty pageant will take place at Phu Tho Stadium in District 11, Ho Chi Minh City and be broadcast live on national TV channel VTV3 and relayed on 15 other broadcasters and social media platforms.