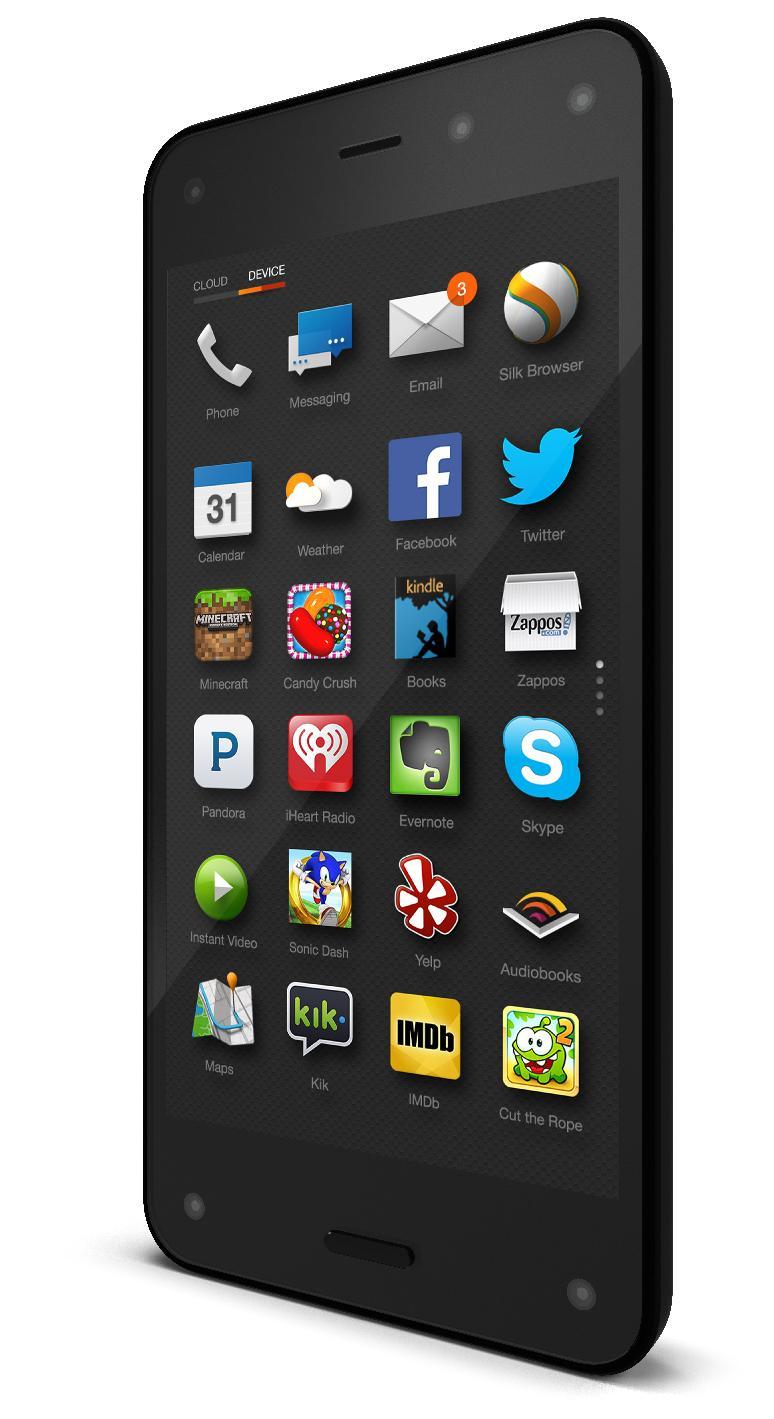 Amazon founder Jeff Bezos unveiled the device, Amazon's first smartphone of its own, which has a 4.7-inch display, a high-definition camera and Amazon's free help service.

The phone also ties in to Amazon's vast array of other offerings, serving as a platform for digital content such as books, films and music and connecting users to the firm's cloud storage.

"Fire Phone puts everything you love about Amazon in the palm of your hand -- instant access to Amazon's vast content ecosystem" said Bezos.

The handset has what Bezos called a "dynamic" display which shows images in three dimensions, and a scanner which recognizes products for sale and a variety of other objects such as artworks.

Amazon described these features as "two new breakthrough technologies that allow you to see and interact with the world through a whole new lens."

The so-called "dynamic perspective" uses a sensor system "to respond to the way you hold, view, and move Fire, enabling experiences not possible on other smartphones," Amazon said.

Another feature dubbed "Firefly" recognizes things in the real world such as Web and email addresses, phone numbers, bar codes, and millions of products, "and lets you take action in seconds" to buy a product or create a music playlist, for example.

Contrary to some speculation, Amazon is not shaking up the pricing model for the smartphone market -- selling the device to US customers through AT&T at $200 with a contract, starting July 25.

As a financial inducement, consumers who buy the phone will get one year of "Amazon Prime," which includes free delivery of goods and access to digital offerings such as video and streaming music.

Analysts gave a mixed reaction, saying Amazon did not appear to offer a compelling reason to consumers to switch, but could appeal to its loyal customers.

"There are people who know and love all things about Amazon, and that's the low-hanging fruit," said Ramon Llamas, mobile analyst at IDC.

"This is an uphill challenge to get people to give up their current smartphones and switch to this one."

IbisWorld telecom analyst Sarah Kahn said the Fire Phone is "not different enough" and does not offer a big financial inducement for consumers to switch.

But she noted that "Amazon's goal is always to get you one click closer to purchasing, so this integrates completely with that strategy."

The relatively small size -- closer to the iPhone in size than the larger Samsung phones -- allows for easy one-handed operation. The display allows for a more "immersive" experience because it recognizers the user's position and adapts the image.

It has other high-end features include a quad-core processor, Gorilla Glass and a 13-megapixel camera with image stabilization. Amazon will also offer free cloud storage for pictures for phone buyers.

The new device has the potential to shake up the segment because of online giant's clout, large customer base and willingness to sell devices at low profit margins, some analysts said.

Trip Chowdhry, analyst at Global Equities Research, said Amazon is now taking on rivals such as Google and Apple head-on.

In a note to clients, Chowdhry said the Amazon phone has "innovations that Apple will need to catch up to."

"Apple has probably fallen behind in innovation -- they are still struggling with figuring out the right screen size, while Amazon is racing ahead with innovations, with dynamic perspective and Firefly being the most ground breaking innovations," Chowdhry wrote

He added that Google and Amazon are now more direct competitors, because Amazon uses a modified or "forked" version of Android.

"Amazon.com's FireOS is not good news for Google, as this could hurt Google's developer ecosystem and could provide an alternate Amazon's AppStore to Google's Play."