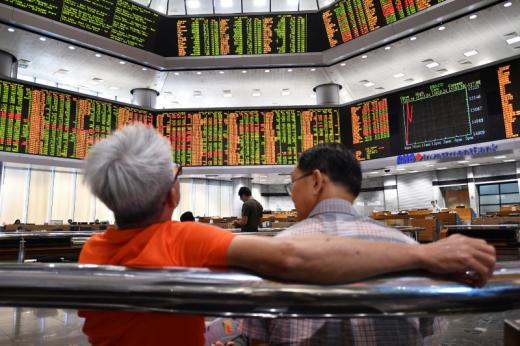 Broader investor sentiment was low as U.S. threats of tariffs on an additional $200 billion worth of Chinese goods pushed the world's two biggest economies ever closer to a full-scale trade war.

"If overall regional and China-centric trade flows decline, the Singapore economy will likely take a hit due to its dependence on trade and manufacturing activities," OCBC Bank said in a note.

Philippine shares rose 1.4 percent to a one-week closing high with industrials at the helm.

"Despite Philippine's trade exposure to China and U.S. being relatively high, given that a majority of the country's growth is fuelled by domestic consumption, it is less susceptible to trade fluctuations as compared to other ASEAN countries," OCBC Bank added.

Earlier in the day, the central bank kept its key interest rate at 3.25 percent at its first policy meeting under the newly appointed central bank governor.