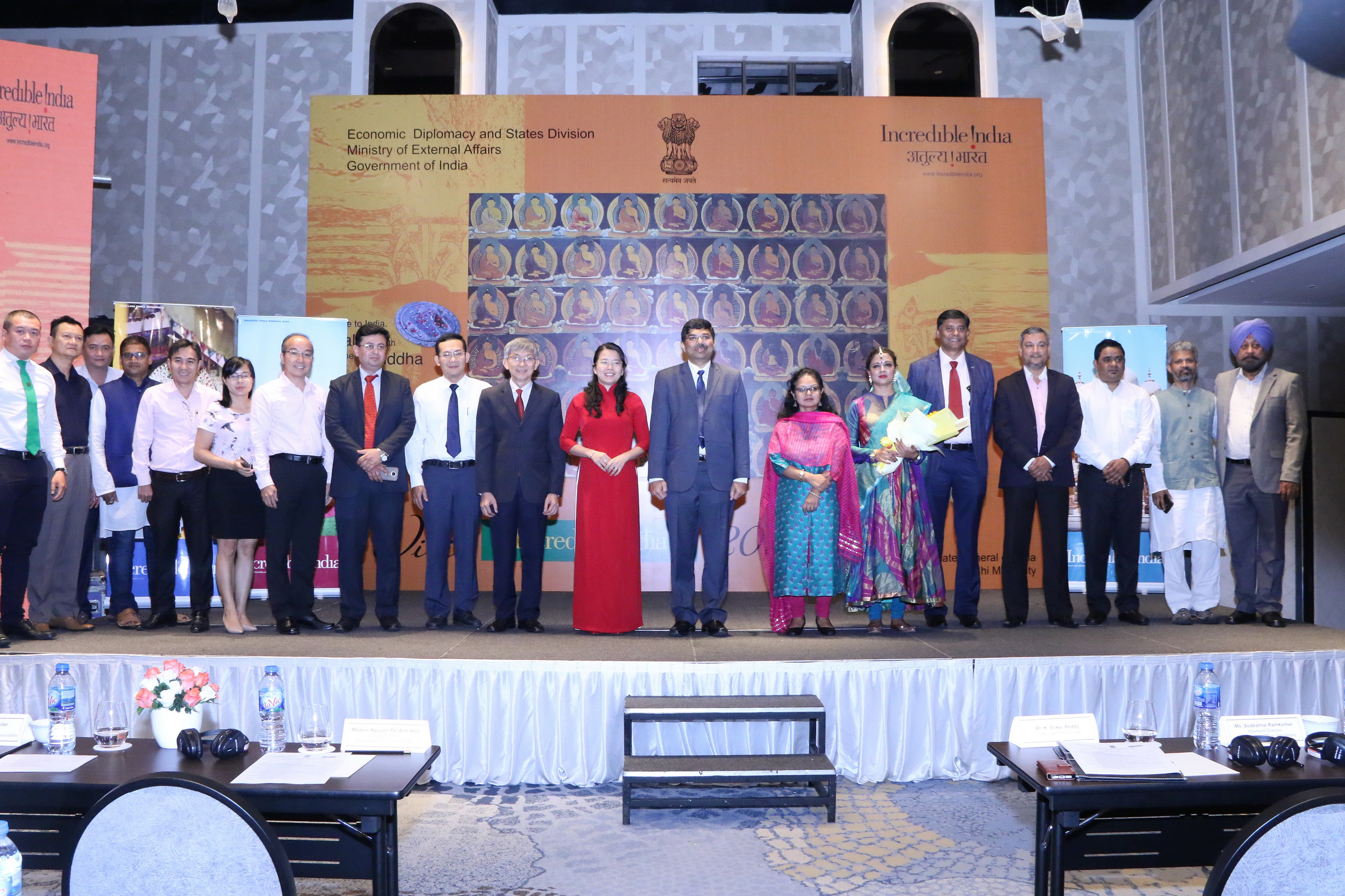 The Consulate General of India has recently organized an event to boost Indian tourism in Ho Chi Minh City, with the participation of Vietnamese and Indian companies and officials.

The diplomatic body held the ‘Visit Incredible India in 2019’ B2B meeting at Sofitel Saigon Plaza in District 1 on Wednesday, it said in a press release the same day.

The event was intended to invite Vietnamese visitors to experience the different flavors of Indian culture, cuisine, bountiful nature, and religious pilgrimages while imploring the travel industry to boost the bilateral people-to-people exchange in line with the guidance given by the leaders of Vietnam and India.

Officials from the tourism departments of several provinces from southern Vietnam participated in the ‘Visit Incredible India in 2019’ as well.

There has been a regular exchange of bilateral high-level visits between Vietnam and India.

Leaders of both countries have seen close tourism cooperation and people-to-people relations as a key element of Vietnam and India’s comprehensive strategic partnership, established in September 2016.

During the meeting, the ministers launched the ASEAN-India Tourism Cooperation Year 2019, and looked forward to enhancing cooperation with a view to increasing two-way tourist visits and promoting greater people-to-people exchanges between the grouping and India.

India is renowned for its cultural, historical, religious, and natural heritage and offers unique experiences to visitors.

In 2017, foreign tourist arrivals in India topped 10 million, a year-on-year growth rate of 14 percent, while its foreign exchange earnings (FEEs) through tourism were worth US$27.31 billion.

Although the number of visitors for tourism purposes between both countries has shown a considerable increase in recent years, it is still well below the potential.

More than 23.94 million Indian tourists traveled abroad in 2017 and about two million Indians visited other ASEAN countries the same year.

According to the UN World Tourism Organization (UNWTO), outbound Indian tourists will have reached 50 million by 2020.

A Euromonitor report put the number of Vietnamese traveling abroad at 7.5 million in 2017.

These significant numbers of outbound tourists both from India and Vietnam are an indicator of the untapped market.

By the end of 2018, the number of Indian visitors to Ho Chi Minh City had surpassed 103,000, a rise of nearly 81 percent compared to 2017 and accounting for about 50 percent of the total number of Indians visiting Vietnam.

The Indian Buddhist Heritage is of great interest to the followers of Buddhism the world over.

India is also the land of yoga and Ayurveda and a sought-after destination for wellness and healthcare travel.

The country climbed from 7th in 2017 to 3rd in 2018 in the World Travel & Tourism Council (WTTC) Power and Performance index.

Ramkumar said that the government of India values the safety and security of both domestic and international tourists traveling in India as its topmost priority.

A 24/7 toll-free tourist helpline in 12 international languages has been launched in India.

The Indian Ministry of Tourism has also taken steps to sensitize drivers, guides and other stakeholders to highlight the theme of ‘Atithi Devo Bhava,’ which means ‘Guest is God.’

Vietnamese tourists are increasingly using the e-visa facility and this will maintain its upward swing.