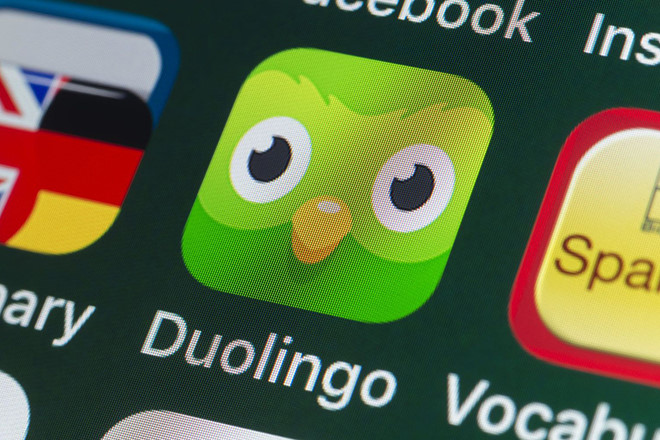 Editor's note: Mark Barnes is a freelance journalist currently based in Hanoi, Vietnam. He sent this piece to Tuoi Tre News as it has been reported that over one-third of the world's population is under some form of movement restrictions owing to the novel coronavirus disease (COVID-19) pandemic, with many global citizens advised against leaving their homes to limit the disease's spread. Some have chosen to spend this time picking up a new language, with Vietnamese being one of the emerging options.

Humans around the world have turned the COVID-19 lockdown into an opportunity to study Vietnamese, with the popular language app, Duolingo, reporting a 28 percent increase in learners actively studying the language in the period from March 1 to April 1 of this year.

But is this really a worthwhile pursuit? Is learning Vietnamese really time well spent?

She says that by the end of her assignment she realized that her lack of Vietnamese language comprehension was limiting her efficacy at work.

“I would not be able to actively provide input into meetings in a timely manner,” she says.

Not only that, but the act of simply choosing to try and learn the language also provided intangible benefits.

For example, it was a useful tool for building relationships with colleagues and associates.

“It was genuinely appreciated that I was trying and learning. I earned respect for that,” she says.

But not everyone shares Applehans’ opinion.

In May 2015, Word Magazine columnist Niko Savvas argued “learning Vietnamese is not worth your time.”

Savvas suggested that Vietnamese was too hard to learn over the short term and “is more or less useless outside of Vietnam.”

There are an estimated 76 million Vietnamese speakers in the world. This makes up about 1.14 percent of the population and makes Vietnamese the 16th most common language.

Of those that speak Vietnamese, about four million live outside of Vietnam.

She studied Vietnamese while on assignment in Vietnam before giving up when COVID-19 forced her repatriation to Australia.

“I’m not sure if I’ll be getting back to Hanoi to live any time soon or at all, and because it’s both a hard and not a very widely used language outside of Vietnam I haven’t felt particularly motivated to keep it up.”

The United States Department of State Foreign Service Institute (FSI) categorizes Vietnamese as a category four (out of five) “hard language” to learn “with significant linguistic and/or cultural differences from English.”

Purdue also says that learning Vietnamese has had to take a backseat to other priorities.

“I’ve also been channeling my efforts into immediate needs like finding a new job.”

Khoi Tran, a Vietnamese teacher at Let’s Speak Vietnamese in Hanoi, says this is common among his students.

He says many of his students have lost their jobs and many have had to return to their country of origin due to developments in the battle to stymie the spread of COVID-19.

“They cannot make a living in Vietnam so they have to go back to their home country, or they don't have enough money to continue… and they have to prioritize other things over learning Vietnamese.”

Khoi goes on to say taking a break can cause bumps in the learning process.

“Learning a language is a long process. If you pause for a while, I think you really lose some of the ability of your language and your proficiency. You don't want that to happen,” he says.

When national social distancing came into effect and Let’s Speak Vietnamese moved their operations online, Khoi says he lost about half of his clientele.

He says that learning online is not particularly attractive and notes that it does make learning more difficult.

“E-learning cannot be as effective and as energetic as the classes in person. But it is still a tool that we make use of… with our students who know that learning a language is a long process.”

Khoi says that few expats have this level of commitment noting that the benefits of knowing Vietnamese are limited.

“You will not get a promotion in your study or your career if you can speak Vietnamese fluently,” he says.

He goes on to say that the “opportunity cost” is far too high.

“You’re giving up too many of your available non-working/sleeping/eating hours for a skill that loses nearly all its value the moment you leave the country.”

Many people, however, are still willing to take on the challenge. However, whether or not this is a worthwhile pursuit is open to debate.

That said, if Applehans is right, and learning Vietnamese is effective at building intercultural relationships, Duolingo's statistics suggest, in the event of an extended period of social distancing, local-expat relations may bounce back from the COVID-19 pandemic stronger than before.