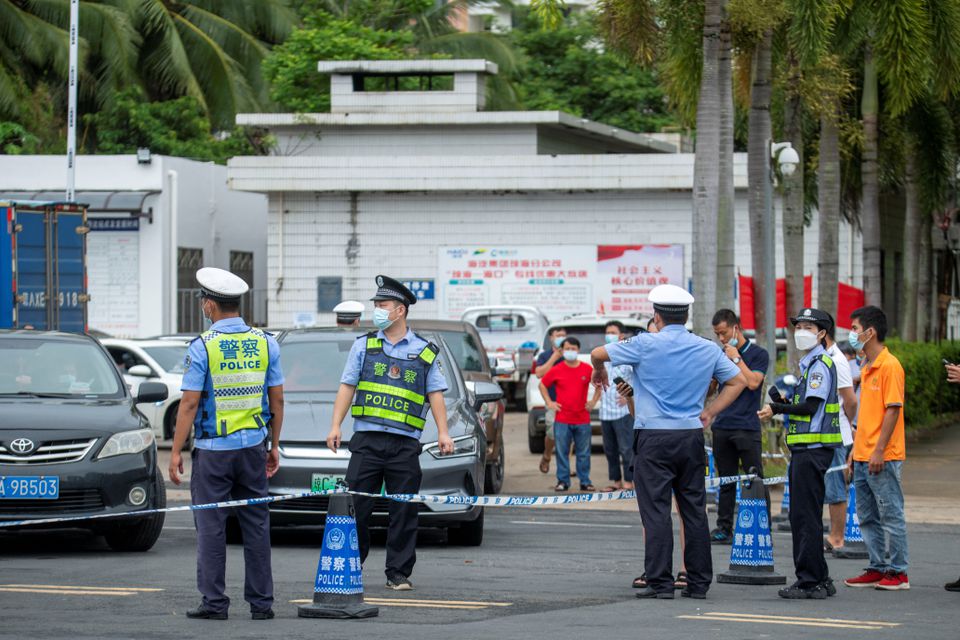 China's Hainan, an island province dependent on tourism, locked down more areas on Monday, state media reported, as it battles its worst COVID-19 outbreak after seeing very few cases the past two years compared with many other regions in the country.

The island in the East Vietnam Sea, which recorded just two local symptomatic COVID-19 cases last year, has reported more than 1,400 domestically transmitted infections this month, including 982 symptomatic ones. Although that is small by global standards, it is the province's biggest outbreak since the virus was first reported in the central Chinese city of Wuhan in late 2019.

The sharp increase in cases comes amid a pick-up in interest in tourism after China slightly eased curbs aimed at domestic travel, accounting for the shorter incubation period of the Omicron variant, which facilitates a shorter quarantine time.

However, the curbs in Hainan, in line with China's "dynamic COVID-zero" policy that aims to stamp out outbreaks as soon as possible, point to persistent uncertainty shrouding travel. That may further dampen confidence in the tourism and hospitality sectors, which are particularly vulnerable to COVID-19 restrictions.

The provincial capital city of Haikou, with about 2.9 million residents, and two smaller towns, Ledong and Chengmai, locked down its residents on Monday, according to state media reports.

At least eight cities and towns, with a combined population of about 7 million, said their residents must not leave where they live except for necessary reasons such as COVID-19 tests, grocery shopping or essential job roles. They also suspended public transport services.

The measures will stay in place for varying periods, with the shortest scheduled for a few hours, state media reports show.

About 25,000 tourists were stranded in Sanya, the hardest-hit city in Hainan's outbreak and the island's key tourist hub, as of Sunday. Although cities have said tourists can leave after COVID-19 tests, many were frustrated about the disruption.

In Qionghai city, scheduled to be locked down for three days, all flights at Qionghai Boao Airport scheduled for Monday were cancelled because of "public security reasons".

Chinese stocks in tourism, transport, and consumer staples all retreated on Monday morning, with China Tourism Group Duty Free Corp down about 5% after Sanya began closing duty-free malls on Aug. 5.

The lockdowns in several cities on the tropical island dashed hopes for a quick rebound for the country's ailing aviation sector, which had counted on a summer travel boom to help trim record losses.

Hainan Airlines fell 1.5% on Monday morning, hovering around their lowest level since February last year, when the airline was in the midst of a restructuring to settle a multi-year liquidity crisis.

Nationwide, China reported 807 locally transmitted COVID-19 infections for Aug. 7, of which were 324 symptomatic and 483 were asymptomatic, the National Health Commission said.

There were no new deaths, keeping the nation's fatalities unchanged at 5,226.

As of Sunday, mainland China had confirmed 231,266 cases with symptoms, including both local patients and symptomatic international travellers.