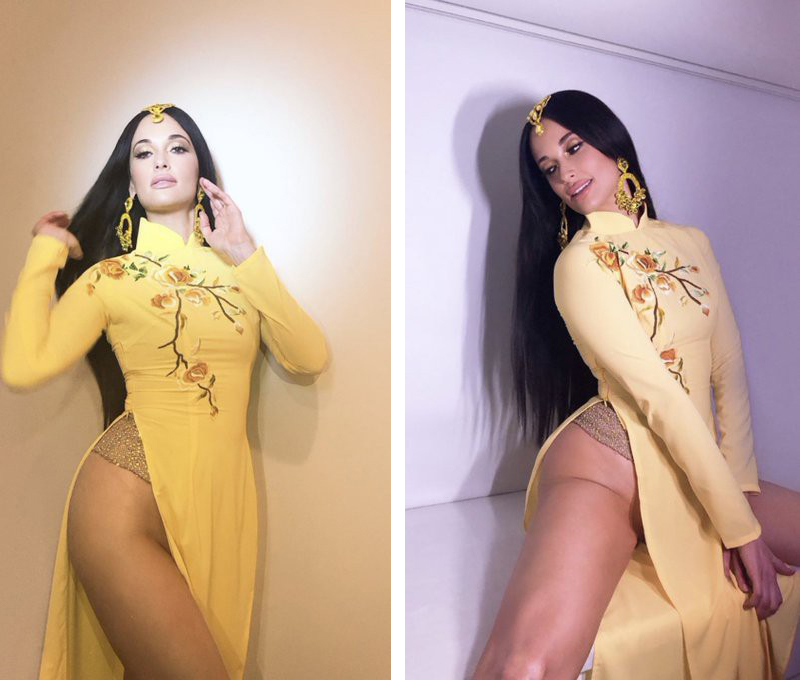 Kacey Musgraves, a six-time Grammy winner, has come under criticism in Vietnam after videos surfaced of her performance in the United States last week in which the singer was filmed wearing the ‘ao dai,' Vietnam’s traditional long gown, without its long trousers.

Musgraves performed in front of thousands wearing a yellow ao dai, but opted to do without the flared bottoms that go with the traditional gown, exposing her legs and undergarments.

The fashion faux pas has drawn criticism from Vietnamese celebrities and netizens after fan-recorded videos of the performance emerged on social media.

“Before you put on the traditional attire of any country, the least you can do is look up information on how local people wear it in their country,” Vietnamese actress Ngo Thanh Van wrote on Facebook.

“This is disrespectful behavior and shows an artist’s ignorance.”

Musgraves also posted photos of her posing in the pants-less ao dai on Instagram prior to the Dallas show.

The revealing photos have been taken down from the photo-sharing social network as of Monday morning.

The 'ao dai' is a Vietnamese national garment, worn by both sexes but now most commonly put on by women. In its current form, it is a tight-fitting, double-flapped silk tunic worn over trousers.

Musgraves, 31, has won six Grammy Awards, including 2019's Album of The Year award for her fourth studio album ‘Golden Hour.'

The American singer has not made a public statement on the wardrobe gaffe.