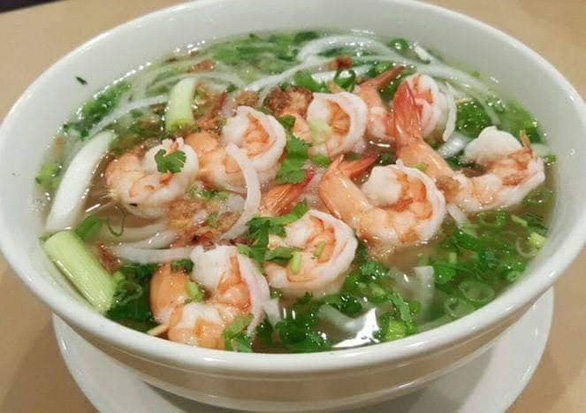 Bring your own herbs: pho lovers in Europe get resourceful to enjoy signature Vietnamese dish far from home

Thanh My, a Tuoi Tre (Youth) newspaper correspondent, recently had an amusing experience at a pho restaurant that is thousands of miles away from the dish’s birthplace.

My discovered the TAVS Banh mi restaurant in Riga by chance during her trip to Latvia, a small country of around two million inhabitants in the Baltic region of Northern Europe.

Both local residents and Vietnamese visitors to the European country are drawn to this restaurant not only by its authentic pho taste but also by its creative twists on the dish' traditional recipe.

A bowl of original pho at TAVS Banh mi restaurant contains all the ingredients that are familiar to lovers of Vietnamese cuisine: rice noodles, delicate broth, and meat – be it beef or chicken, served with homemade chilli sauce.

However, like other Vietnamese restaurants in Europe, TAVS Banh mi could hardly afford fresh herbs that are traditionally served with pho for garnish, as herbs are expensive in the continent.

But this shortcoming does not discourage customers from visiting the restaurant.

As a matter of fact, frequent guests are even willing to grow their own herbs at home and bring them to the restaurant to add to their bowl of pho.

TAVS Banh mi also offers pho with fried duck meat, tofu, and shrimp - a fusion that strays from the original recipe for the Vietnamese dish but appears to be growing in popularity among European diners.

Some diners leave the restaurant with no drop of soup left in their pho bowl.

TAVS Banh mi and Hum Asian Kitchen are only two among many restaurants around the world offering Vietnamese food, with the highlight being pho, which helps promote the Southeast Asian country’s cuisine to international friends.

In Vietnam, Day of Pho, or Pho Day, is an annual event held by Tuoi Tre in December to celebrate and honor the iconic Vietnamese dish.

This year, the third Day of Pho will take place at the White Palace Event and Exhibition Center on Pham Van Dong Street in Thu Duc District, Ho Chi Minh City, on December 8.