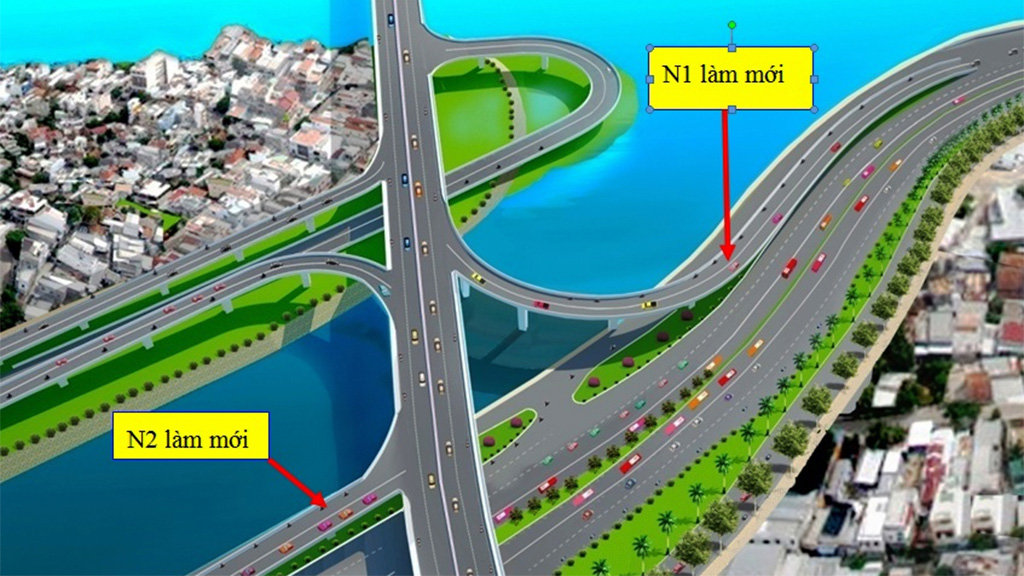 Two new branches of the Nguyen Van Cu Bridge in Ho Chi Minh City are scheduled to open to traffic this week, providing new routes for commuters and easing congestion in the downtown area.

The municipal Department of Transport is set to put the new bridge branches into operation on Thursday.

According to Le Minh Triet, director of the Management Center of the Saigon River Tunnel, the developer of the project, the construction was completed five months earlier than originally scheduled.

The project was initiated on November 29, 2016 with a capital investment of VND168 billion (US$7.4 million), including the building of branches N1 and N2 that link the Nguyen Van Cu Bridge and Vo Van Kiet Avenue in downtown Ho Chi Minh City.

The N1 measuring 300 meters will allow vehicles to travel from Vo Van Kiet Avenue directly onto the bridge.

Spanning over 141 meters, the N2 will let commuters from District 4 and District 8 exit the bridge to Vo Van Kiet and continue their journeys toward the Thu Thiem Tunnel.

It is hoped the opening of these new routes will alleviate regular traffic jams in the city center, especially at the intersection of Nguyen Van Cu with Tran Hung Dao Streets.