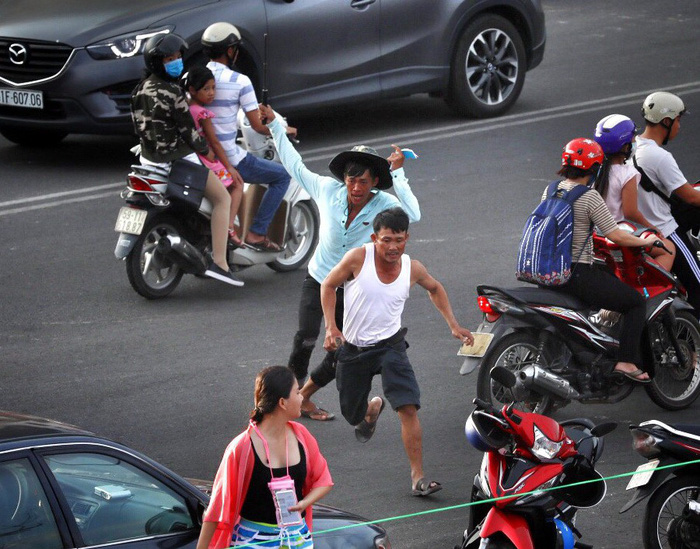 Two parking lot attendants in the southern Vietnamese beach city of Vung Tau have been arrested for chasing down and attacking a group of tourists last month.

The lot is located on Thuy Van Street, which stretches along the beach.

The suspects, 24-year-old Do Van Bao and 20-year-old Trinh Cong Bac, both from the Mekong Delta, were charged with disturbing public order.

The attack occurred at around 5:00 pm on April 30, when many Vietnamese observed a long holiday to celebrate Reunification Day and International Workers' Day.

A group of tourists including Tran Van Thang and two friends were parking their three motorbikes on the side of the street, near the parking venue, when they were approached by Bao.

Bao then pushed Thang’s vehicle toward the parking lot, but Thang prevented him, stating that he was only waiting for his family members.

An argument broke out between the two men and Bao produced a wooden baseball bat to chase down and attack Thang.

Meanwhile, Thang’s friends were assaulted by Bac and some other men.

The victims were able to escape to a nearby police station to ask for help.

After the tourists managed to escape, the attackers took two of their motorbikes and refused to return them.

Officers later arrived and escorted the assailants to the police station for questioning.

Following the incident, local authorities carried out an inspection of the parking lot and discovered that the address of the facility does not match its permit.

The venue was shut down as a result.