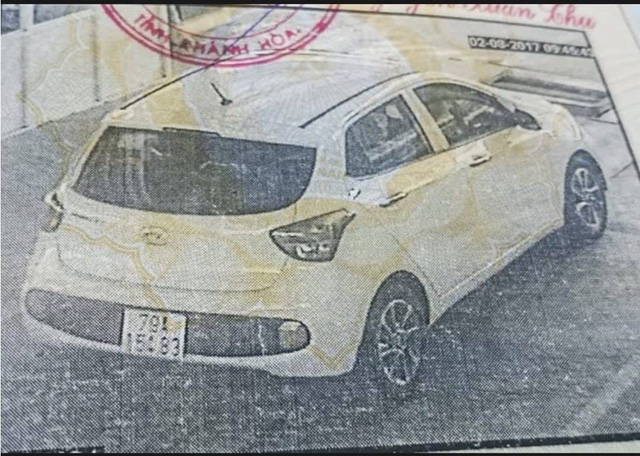 The operator of an unlicensed taxi in Nha Trang, a resort city in the south-central Vietnamese province of Khanh Hoa, has been fined VND8.5 million (US$371) after overcharging a group of South Korean visitors.

Nguyen Nhac Tan, chief inspector of the provincial Department of Transport, confirmed to Tuoi Tre (Youth) newspaper on Saturday that the penalty had been imposed upon Dinh Thi Thanh Tuyen, the owner of car No. BKS 79A-15483.

Tuyen was charged for operating passenger transport services without a permit.

The driver of the cab was Nguyen Than, 38.

According to reports, Than was driving the vehicle, which was disguised as a cab of Emasco Nha Trang Taxi Line, on the night of July 9 when he picked up a group of three South Korean tourists.

As the visitors refused to pay the exorbitant price, Thanh started threatening them.

Security guards of the hotel attempted to intervene and were also aggressively yelled at by the cabbie.

He eventually lowered the fare to VND100,000 ($4.37) but maintained his intimidating tone.

The tourists had no choice but to pay.

The incident was reported to the Khanh Hoa transport department, which later identified the car as an unlicensed taxi.

Than also received a warning from the Khanh Hoa-Nha Trang Tourism Association for his inappropriate manners toward the foreign passengers.