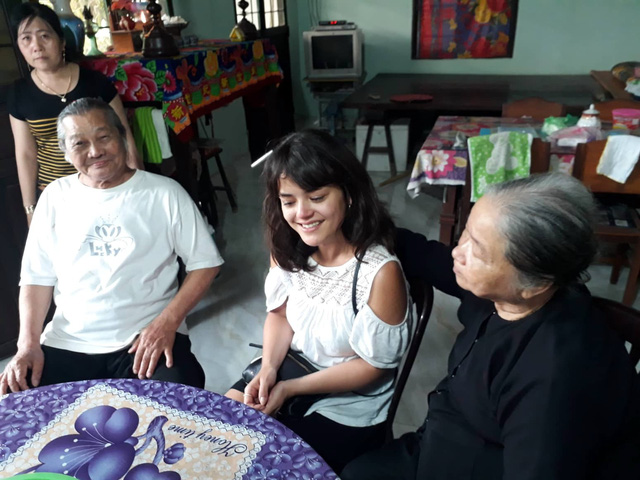 A young French woman met her paternal grandparents on Tuesday during a search for her long-lost father in Vietnam.

Lysiane Danièle Josette, informally known as Lys, has lived with her mother in France and never seen her father, a Vietnamese, since childhood.

Spurred by the desire to meet him, the 26-year-old woman on Sunday flew to Ba Ria-Vung Tau Province, about 100km from Ho Chi Minh City, when she had a photo of him and knew only the names of the man and her paternal grandmother.

She had the information published in local newspapers and on social media and it reached her father-side family in Ba Ria-Vung Tau.

Receiving the news of the family, she canceled a tour in Vietnam to promptly travel to the province and a poignant reunion followed on Tuesday.

She was visibly touched during the occasion and the grandfather took her to the ancestor-worshipping altar in front of which she offered incense sticks in line with a time-honored Vietnamese custom.

The grandparents gave her a meal with local delicacies and told her that her father is now living in France and had married a Vietnamese-French woman before starting a relationship with her mother.

Lysiane Danièle Josette is leaving Vietnam in a few days to meet her father in the European country.