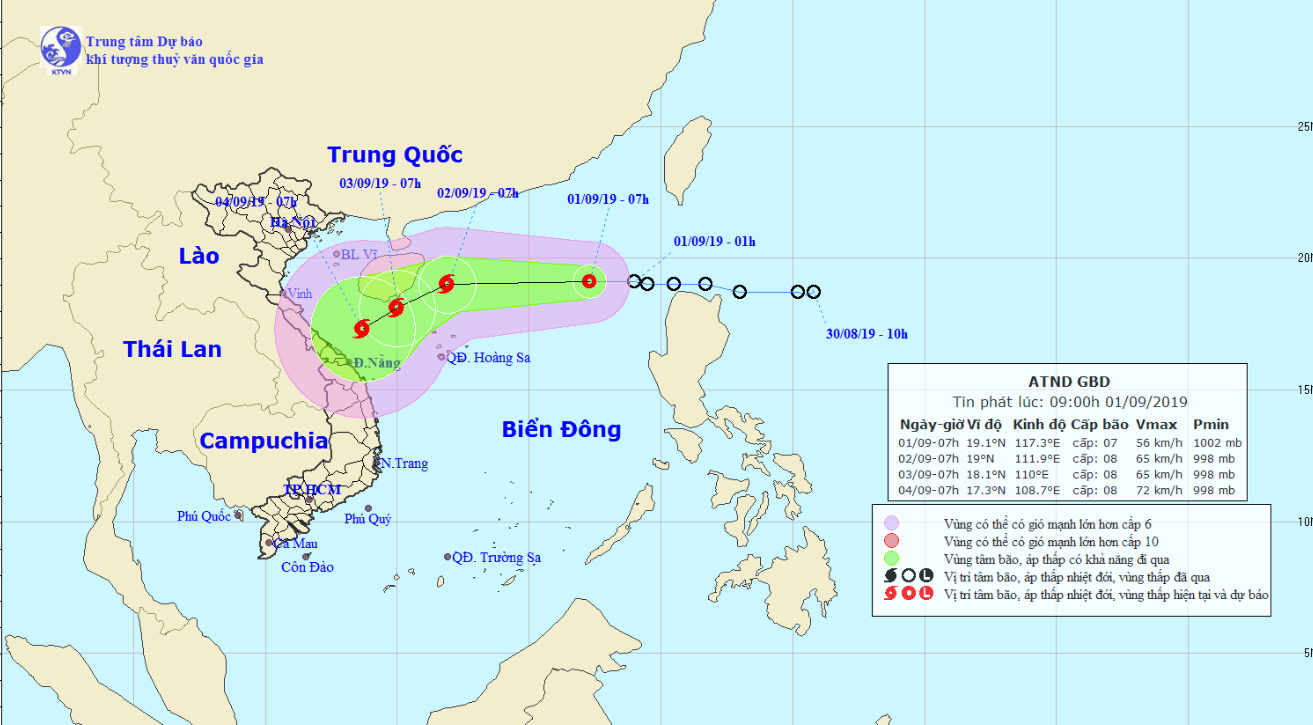 A new tropical depression has entered the East Vietnam Sea and is forecast to strengthen into a tropical storm within the next 24 hours.

As of 7:00 am on Sunday, the low-pressure system was located 550 kilometers northeast of Vietnam's Hoang Sa (Paracel) archipelago, according to the National Center for Hydro-meteorological Forecasting.

Average wind speed was recorded at 40 to 60km per hour and gusts at up to 90km an hour.

The tropical depression is expected to track westward in the next 24 hours and gather enough strength to become a storm.

This will be the fifth storm to hit Vietnam this year, following Tropical Storm Podul, which made landfall in north-central provinces on early Friday morning.

As of 7:00 am on Monday, the storm is forecast to be located about 140 kilometers east of China’s Hainan Island, unleashing winds at 60 to 75km per hour and gusts at up to 100km an hour.

It will travel southeastward in the next 24 to 72 hours.

According to the weather center, heavy rain will batter northern localities, including Hanoi, and north-central provinces on Sunday.

From September 2 to 6, heavy downpours will be in the forecast from northern-central Thanh Hoa Province to central Quang Ngai Province.

Inundation is likely to hit Hanoi, multiple locales in the northern province of Quang Ninh, and some other localities in northern Vietnam.