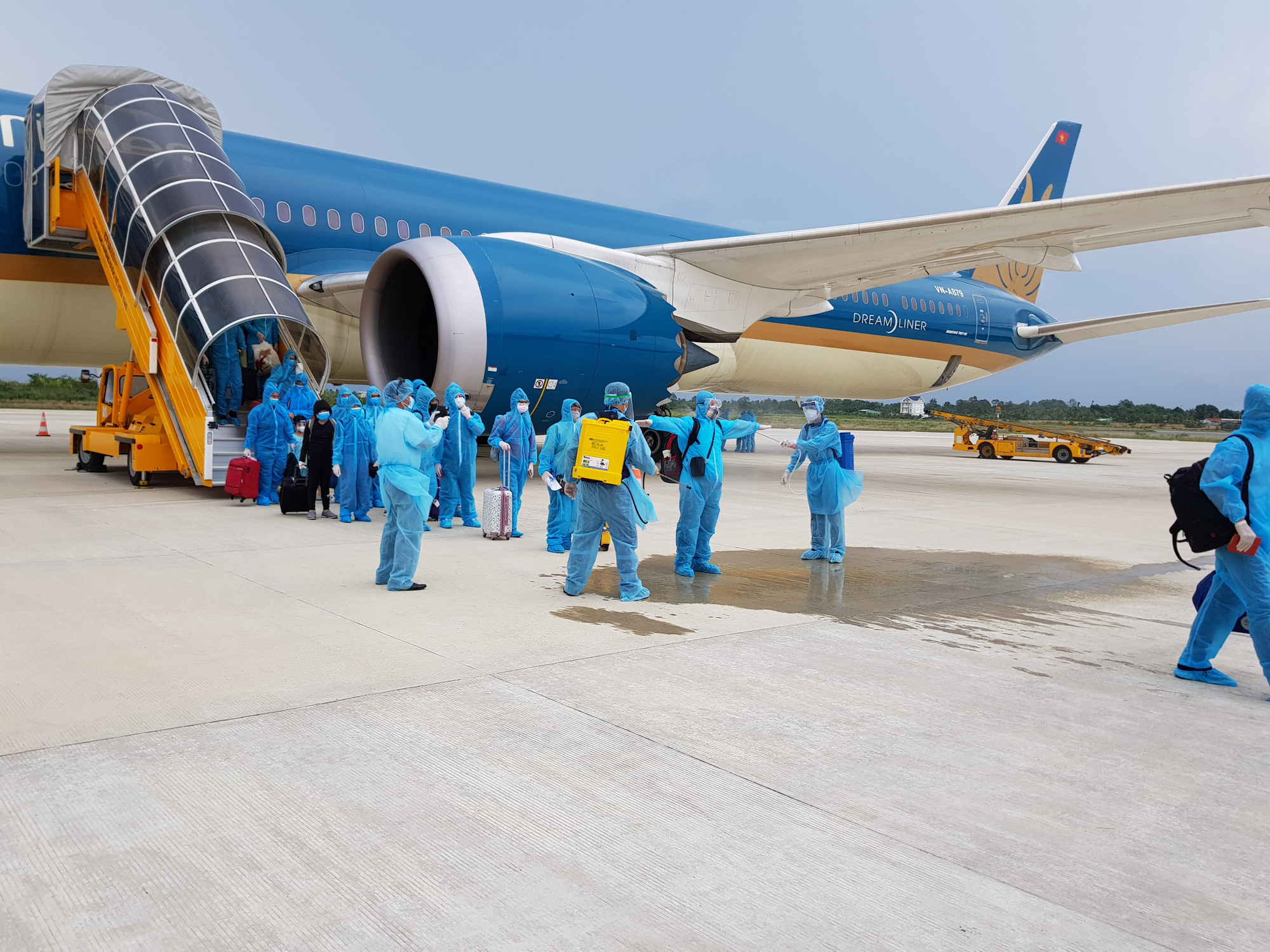 Repatriation flights for Vietnamese citizens stranded in foreign countries due to the novel coronavirus disease (COVID-19) pandemic can cost up to VND10 billion (US$431,000), a price tag far heftier than regular commercial flights, according to Vietnam Airlines.

The cost was announced by the national carrier on its official website in early September.

Vietjet Air and Bamboo Airways have yet to reveal the expenses of their repatriation flights.

Vietnam Airlines said it had to mobilize all resources and calculate the most optimal options to ensure the health of passengers as well as preparing for any possible unusual situation.

These flights are often more expensive as they need to be outfitted with such medical equipment as air purifiers, ventilators, and makeshift beds.

For repatriation flights from the United States and Canada, the airline had to hire lawyers and consulting partners to apply for flight licenses, which can cost up to around $30,000 per flight.

The airline also only charges for tickets on the returning flights, while outgoing flights are often empty.

After each repatriation flight, the entire aircrew has to be quarantined for 14 days, while the aircraft has to be thoroughly sterilized and undergo maintenance, which adds to the cost.

A Vietnam Airline official told Tuoi Tre (Youth) newspaper that the carrier has been operating reparation flights since April, showcasing its important role and duty in taking Vietnamese citizens home.

Revenues from these services are quite negligible compared to their operating cost, he added.

Airlines in Vietnam are now waiting for the government to finalize a plan to reopen commercial international air routes to Japan, South Korea, China, Taiwan, Laos, and Cambodia.

The resumption of these air routes will provide opportunities for local airlines to increase their revenue, the Vietnam Airlines official stated.

Vietnam began barring entry to foreign nationals on March 22 and suspended international flights from March 25 in a bid to curb the spread of COVID-19.

Since then, charter flights to the country have only been arranged to bring in foreign experts, skilled workers and diplomats, and to repatriate Vietnamese citizens stranded in other nations and territories due to the pandemic.