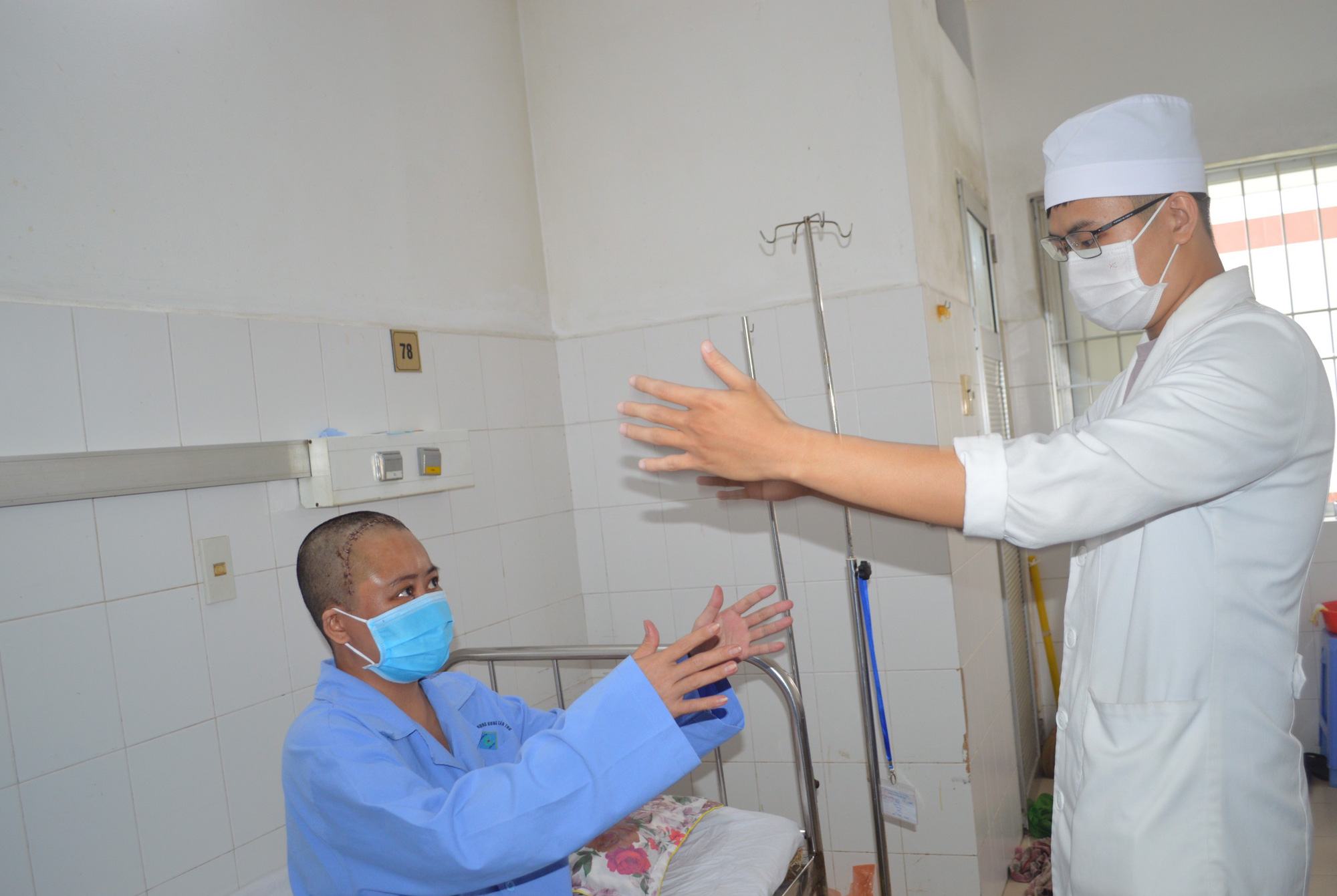 Doctors in the Mekong Delta city of Can Tho have successfully performed a surgery to remove a large meningioma — a tumor that arises from a layer of tissues that covers the brain — from a local woman.

The 39-year-old patient, a native of Ninh Kieu District in Can Tho, was hospitalized with a headache, blurred vision, anosmia, and convulsive fits.

She had reportedly suffered from these conditions for over five years at the time of hospitalization, with previous treatments unsuccessful in making the symptoms go away.

The result of an MRI scan revealed that the woman had an exceptionally large meningioma, measuring seven by 9.5 centimeters in dimensions.

Neurosurgeons at Can Tho Central General Hospital managed to perform a ten-hour surgery to remove the tumor, the infirmary’s vice-director Pham Thanh Phong said on Monday morning.

The patient’s health has markedly improved since the operation, Phong said, with the woman gradually regaining her vision and no longer experiencing convulsions.

The microsurgery lasted long because the tumor was difficult to remove and any small mistake could rupture the patient’s blood vessels and damage her brain parenchyma.

Dr. Chuong Chan Phuoc, head of the neurosurgery department at Can Tho Central General Hospital, said the majority of meningeal tumors are benign and grow slowly.

Around 80 percent of patients who have such tumors removed can fully recover after surgery, he said.