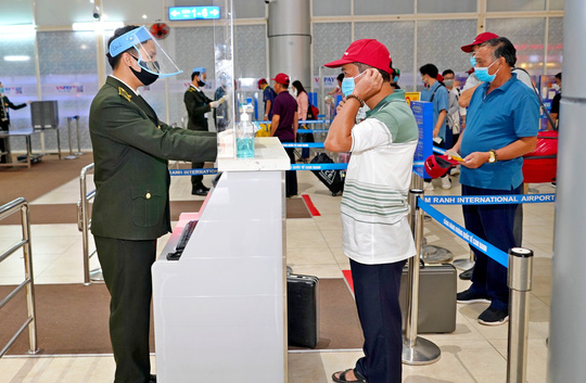 All employees of Saigon airport, four other airdromes test negative for COVID-19

All employees of Tan Son Nhat International Airport in Ho Chi Minh City and four other airports have tested negative for COVID-19 in a drive to prevent viral transmission in air travel.

The ACV operates all domestic and international airports in the Southeast Asian country.

The staff members of 16 out of the remaining 17 airports will also be screened for the contagious respiratory disease, the ACV added.

The testing drive is meant to ensure safety for passengers and aviation personnel during this peak travel time when the Lunar New Year festival, Vietnam’s biggest festive celebration, is a week away, the company explained.

Vietnam is battling a serious outbreak of coronavirus infections that began with two local cases announced on January 28, after the country had spent nearly two months detecting zero community transmissions.

A total of 375 communit-based cases have been recorded since then, according to the Ministry of Health’s data.

Two hundred and seventy-eight patients were logged in Hai Duong, 44 in Quang Ninh, 22 in Hanoi, 18 in Gia Lai, three in Bac Ninh, two in Hoa Binh, five in Binh Duong and one each in Ho Chi Minh City, Hai Phong, and Bac Giang.

Most of the domestically-transmitted infections have been traced back to Hai Duong and Quang Ninh, both located in northern Vietnam.

The Southeast Asian country has officially documented 1,957 coronavirus patients, including 1,058 domestic cases, as of Friday morning, according to the Ministry of Health.

The government has announced 1,465 recoveries and virus-related 35 fatalities.