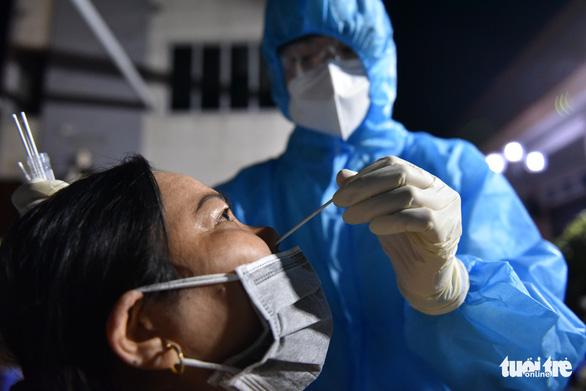 Vietnam has found a new variant of the novel coronavirus that is a combination of the UK and Indian mutants, according to the country’s top health official.

Genome sequencing has just detected a coronavirus mutation that carries the characteristics of the UK and Indian strains, two variants already found in Vietnam, Minister of Health Nguyen Thanh Long said on Saturday.

The Indian variant is believed to be more transmissible – the characteristic of the UK mutant – and to lessen the efficacy of COVID-19 jabs – typical of the South African mutation, according to experts.

The newly-discovered hybrid strain spreads fast and widely in the air, explaining a quick surge in the number of infections in the ongoing fourth wave, Minister Long added.

“We will announce the genome of the variant to the world soon,” he said.

Vietnam detected the first case of the mutant, a patient returning from the UK, on January 2.

The South African strain was first discovered in South Africa in December 2020. Vietnam recorded the first known case of the variant on January 31.

The SARS-CoV-2, the official name of the novel coronavirus, has mutated for thousands of times since it first emerged in China in December 2019, the health ministry said early this month, adding that most catching the UK, South African, Brazilian, and Indian variants.

Vietnam recorded the first patient of the fourth wave on April 27, after having gone about a month without any community transmission.

The country has recorded 3,644 local infections in more than half of its provinces and cities since, over two-thirds detected in factory workers in Bac Giang and Bac Ninh Provinces, two industrial park hubs of the northern region.

Local health authorities have identified the Indian mutation in patients in this bout.

Hanoi, the national capital, accounted for 357 cases while Ho Chi Minh City has found two clusters with 90 patients since Thursday, most linked to a registered religious group.

Vietnam has registered 6,713 coronavirus patients, including 2,896 recoveries and 47 deaths, since the pandemic hit the country on January 23, 2020, according to the health ministry’s data.