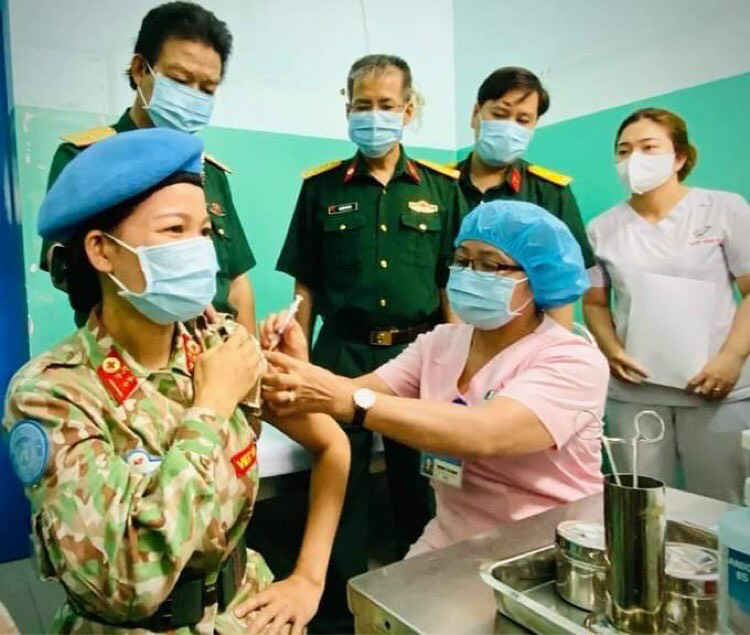 A Vietnamese conglomerate, T&T Group, will negotiate with a Russian agency to purchase 40 million doses of Sputnik V vaccine, following approval from the Vietnamese government.

The government on Monday issued a resolution agreeing to the Ministry of Health’s proposal to introduce T&T Group, which engages in various business lines, to discuss a vaccine deal with the Russian Direct Investment Fund.

The group, led by CEO Do Quang Hien, will buy the vaccine with legal funds mobilized by itself, not with funding from the state budget or the Vietnam COVID-19 Vaccine Fund, the government stated in its resolution.

All these Russian-made vaccine doses will be administered to people free of charge, the resolution says.

The government also agreed to the signing of a disclaimer of responsibility for the use of the Sputnik vaccine, at the request of the vaccine manufacturer.

The contents of the agreement will be the same as those previously signed by the health minister when Vietnam Vaccine Joint Stock Company clinched deals to buy COVID-19 jabs from Pfizer and AstraZeneca.

The government also asked the Ministries of Foreign Affairs and Transport to assist the health ministry in diplomatic procedures and vaccine transport.

Early last month, the health ministry said that Russia had agreed to provide it with 20 million doses of Sputnik V vaccine this year, as the Southeast Asian country races to secure supplies to expedite mass vaccination.

More than four million Vietnamese have been inoculated against COVID-19 so far, of whom over 280,000 people have got two full doses, health authorities reported.

The country needs to acquire 150 million doses of vaccine this year to immunize two-thirds of the 98 million-strong population to reach herd immunity soon amid the increasing coronavirus spread, the health ministry said.

In a report issued at noon on Tuesday, the ministry confirmed 982 new domestic cases and one imported infections, which have taken the country’s total patient number to 33,648, including 9,331 recoveries and 125 deaths.

Among the latest cases, 886 were detected in Ho Chi Minh City, which has documented over 15,000 infections since late April.

Since April 27, when the pandemic’s fourth wave began in Vietnam, the country has recorded 30,136 patients.