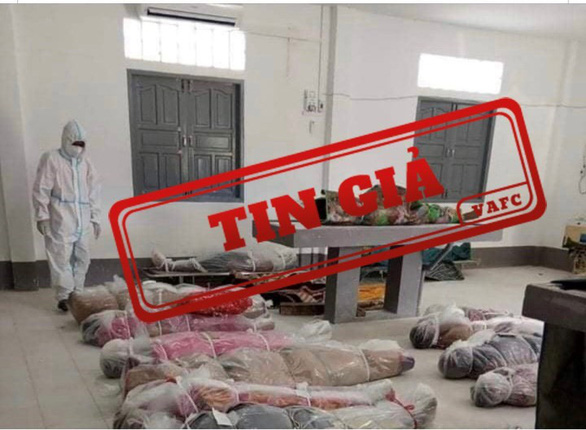 The Ho Chi Minh City Department of Information and Communications has removed over 300 social media posts containing false information on COVID-19, imposing fines on some people while criminally charging others.

These individuals were handled during a collaboration between the department and the municipal police forces to monitor and prevent the spread of coronavirus-related fake news during the ongoing outbreak, departmental director Lam Dinh Thang told Tuoi Tre (Youth) newspaper.

They have publicly debunked three fake news instances and transferred four cases to the Ministry of Information and Communications for further handling.

Since April, the department has levied a total of VND122.5 million (US$5,393) in administrative fines on 15 fake new spreaders.

They also worked with local police to indict Phan Huu Diep Anh for abusing rights to freedom and democracy to infringe upon the interests of the state, as well as Le Thi Kim Dung for using her connections to sell COVID-19 vaccination slots.

“In light of these cases, the department would like to advise city residents against spreading unverified information, which may cause public hysteria and impede the city’s effort in curbing the virus spread,” Thang said.

His department would continue working with local authorities to keep an eye on fake news and violations in cyberspace, he underscored.

Ho Chi Minh City is currently the hardest-hit locale in Vietnam’s fourth wave of coronavirus transmission, with nearly 205,000 cases logged since the outbreak started in April 27.

The municipal authorities have enforced a social distancing drive at various levels since May 31 and asked people to stay where they are from August 23 to September 6, as part of their drastic measures to push back the serious pandemic, with the participation of police and soldiers.