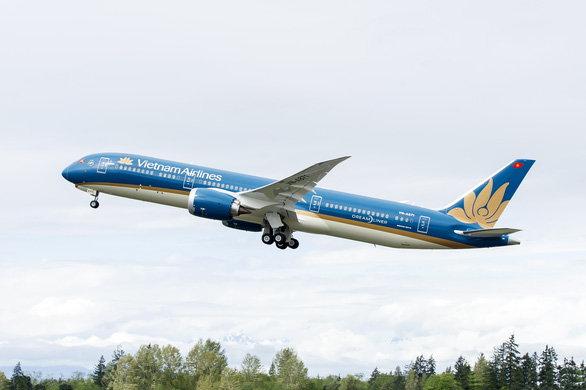 The Civil Aviation Authority of Vietnam (CAAV) has proposed the transport authorities re-launching scheduled commercial flights between the Southeast Asian country and the UK, France, Germany and Russia.

In its recent petition sent to the Ministry of Transport, the CAAV plans to reopen such flights between Vietnam and these four countries at an initial frequency of 10 flights per week in each direction.

This fresh move was made two weeks after the government officially allowed resuming regular international airline routes since January 1 to reconnect the country with overseas destinations after nearly two years of closure due to the COVID-19 pandemic.

The first week of January saw 16 commercial flights bringing some 1,000 travelers to Vietnam from the U.S., Japan, Thailand, Cambodia and China’s Taipei, the CAAV reported.

About 140,000 overseas Vietnamese may return home to celebrate Tet (lunar New Year) holiday, which will fall on February 1, according to an estimate by the Ministry of Foreign Affairs.

Vietnam may welcome over 30,000 entries per week from now until Tet, including Vietnamese citizens, overseas Vietnamese and foreigners, the ministry forecast.

The CAAV said Vietnamese communities in European countries are expecting the early resumption of regular commercial flights between Vietnam and Europe so that they can return home for the upcoming Tet holiday.

The agency has contacted aviation authorities of South Korea, Japan, Singapore and China’s Teipei to discuss the possibility to increase the flight frequency to 14 flights per week in each direction between Vietnam and these destinations.

Besides, it will work with Thailand to raise the number of Vietnam - Thailand scheduled flights to 10 per week in each direction for all carriers of both sides.

Under Thailand’s latest epidemic prevention rules, people entering this country through Bangkok have to undergo seven to 10 days at quarantine facilities, while those making entry via Koh Samui or Phuket are asked to self-isolate for the same period, the agency said.

The CAAV on Tuesday issued a document to the Australian aviation authorities suggesting the reopening of regular passenger flights between the two countries, at an initial frequency of 10 flights per week for each direction.

Meanwhile, China and Laos have yet to give feedback to the CAAV’s suggestion to re-operate scheduled flights to and from Vietnam.