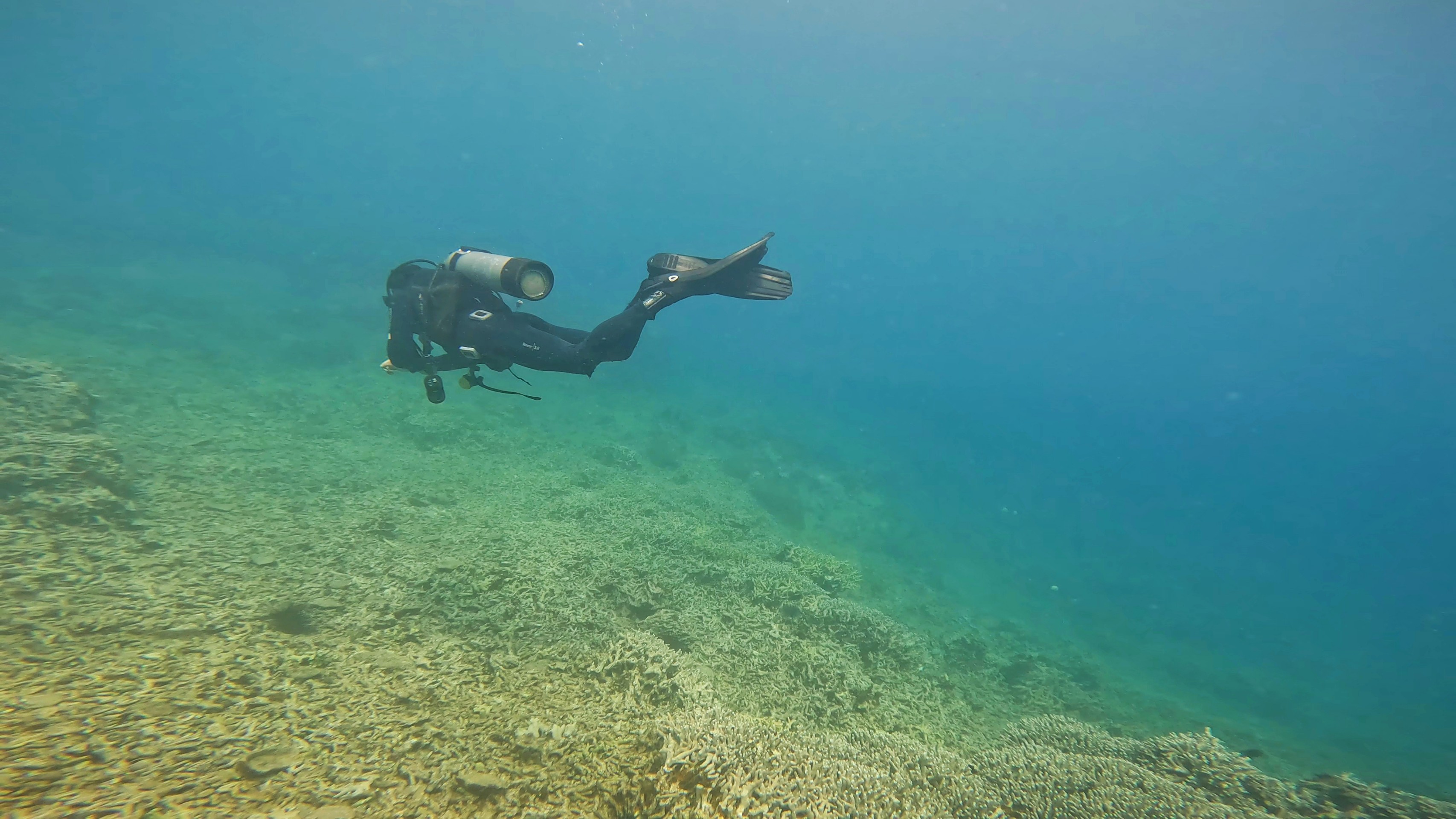 Many divers have pointed to several possible factors causing the damage to coral reefs at a nature reserve in Nha Trang City, south-central Vietnam and expressed their sadness following reports of the destruction.

The Hon Mun Nature Reserve in Nha Trang City, south-central Khanh Hoa Province, is famous for its beautiful coral reefs that attract a large number of divers every year, according to Mai Hoang Kien Kha, a diver with more than 10 years of experience in diving in the beach city.

“I was heartbroken as I thought that with fewer visitors during the COVID-19 pandemic, the corals would grow, but in fact, they died,” said Kha.

Huynh Binh Thai, head of the management board of Nha Trang Bay, where the Hon Mun Nature Reserve is located, said the coral coverage at the site has been devastated.

The depletion of the coral reefs is the result of many factors, namely rising global temperatures, rains and storms, and outbreaks of pests aside from human intervention, according to Thai.

Elaborating on Thai's opinion, Kha believes humans are among the major factors behind the deterioration.

“Van Phong Bay is not far away [from the Hon Mun Nature Reserve], but the coral reefs are still thriving there,” Kha compared.

“Meanwhile, corals at the Hon Mun Nature Reserve, which are not only protected but also airtight, died en masse.”

Nguyen Van Duc, another diver who has taken his students to the Hon Mun Nature Reserve to pick up trash from the seabed for nearly 20 years, lamented the situation after his recent diving trip.

“I just dived at Hon Mun two days ago and found that about 70-80 percent of the corals were ravaged,” Duc said.

Duc added that he does not think the causes are pests that tend to damage corals, such as sea urchins, or global warming.

“They [sea urchins] have existed for a long time and their impact is not so much to the extent that it can cause mass [coral] deaths in such a short time,” he said.

Both Duc and some tour guides stated that they saw many fishing boats drop their nets in the nature reserve area between 5:00 pm and 6:00 pm every day, affecting the corals.

Some fishermen dived and released cyanide in the sea water as the liquid stuns the fish without killing them, making it easy to catch them in a net, or even by hand, according to Duc and the tour guides’ accounts.

However, cyanide kills coral polyps and algae, turning many coral reefs into marine deserts, according to the World Wide Fund For Nature (formerly the World Wildlife Fund).

In addition, tours that include coral sightseeing are not strictly managed, leaving tourists to carelessly trample and damage the corals, Duc continued.

On top of that, garbage dumped by humans into the sea is also harming coral reefs as it clings to the corals, preventing algae living in their tissues from photosynthesizing.

Gaining a protective home in the corals, the algae share the food they make through photosynthesis with the coral hosts in exchange.

Corals get up to 90 percent of their food from their symbiotic algae, according to the National Oceanic and Atmospheric Administration under the U.S. Department of Commerce.

Nguyen Tac An, former director of the Institute of Oceanography in Nha Trang’s Oceanographic Museum, said that besides natural disasters and climate change, marine encroachment projects have led to adverse impacts on corals.

Not only does the process of leveling the sea and building tourism and residential infrastructure in coastal and island areas shrink the areas for coral reefs, but run-off sediments are deposited on the reefs’ surface, eventually killing the corals, according to An.

Based on Thailand’s closure of Maya Bay for the purposes of natural rehabilitation after the devastating impact of mass tourism on the local ecosystem, diver Duc suggested authorities and tour operators plan tourism activities at Hon Mun on an alternate six-month basis, with the nature reserve opening in one half of the year and closing in the other half.

“In addition, it is crucial to educate people on how to protect the environment and ecosystems,” Duc said.

Besides, coral cultures are considered to contribute to the restoration of coral reefs at Nha Trang Bay after the Institute of Oceanography identified nine species of hard corals capable of rehabilitating with a survival rate of over 60 percent.

The Nha Trang Bay management board will work with the Institute of Oceanography and related organizations on necessary research aimed at restoring the coral reefs on the seabed, according to Thai.