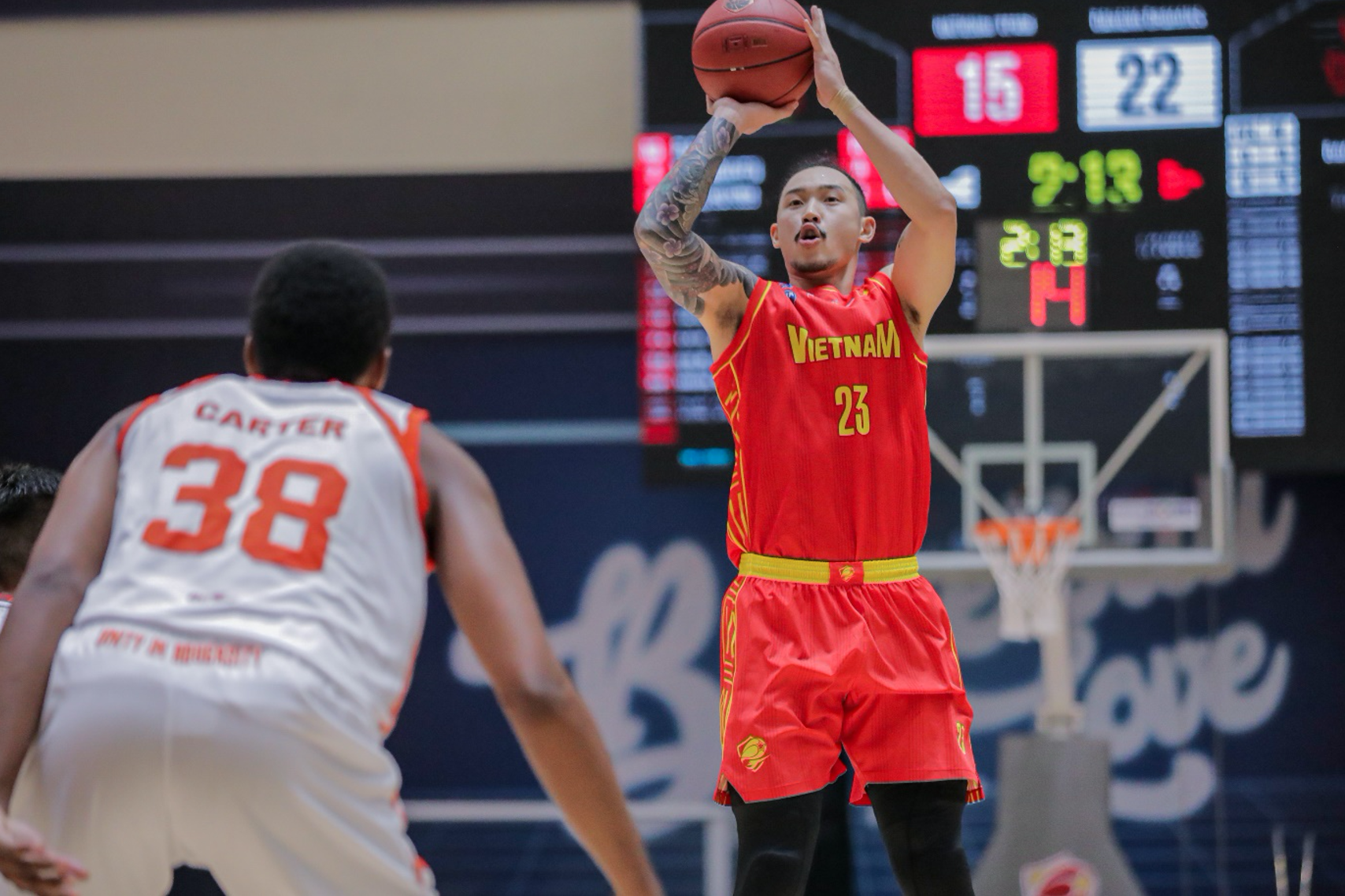 VBA stars and their unique ways to celebrate triumph

VBA’s star players left good impressions on fans during the VBA Premier Bubble Games 2021, not only with their excellent skills, but also with their unique ways to celebrate victory.

Tam Dinh of the Vietnamese national basketball team is one of the fan favorites in the VBA as he has scored a record 1,867 points over the past five seasons.

The player is excellent at sinking three-pointers and has a signature sign to celebrate a successful attempt.

After each accurate three-pointer, Tam Dinh blows a kiss to his fans and points three fingers to the sky.

Unfortunately, Tam Dinh was injured halfway through the 2021 season and had to sit out for the remaining games.

If the 2021 VBA Premier Bubble Games had not been shortened due to the COVID-19 pandemic, fans would have been able to witness his powerful comeback.

However, Tam Dinh still has more chances to exhibit his skills at the upcoming 31st SEA Games in Vietnam in May and VBA 2022.

Khoa Tran, another popular face on the Vietnamese national basketball team, got his nickname ‘Mr. Wiggle’ as he often shakes his butt before a free throw.

Despite playing only two games at the 2021 VBA Premier Bubble Games, Mr. Wiggle was still able to show the fans his signature move, plus some extra dancing following a successful throw.

Several other players in the VBA, namely Akeem Scoot of Danang Dragons, Richard Nguyen of the national team, and Sang Dinh of Hanoi Buffaloes, also have their own way to celebrate a triumph.