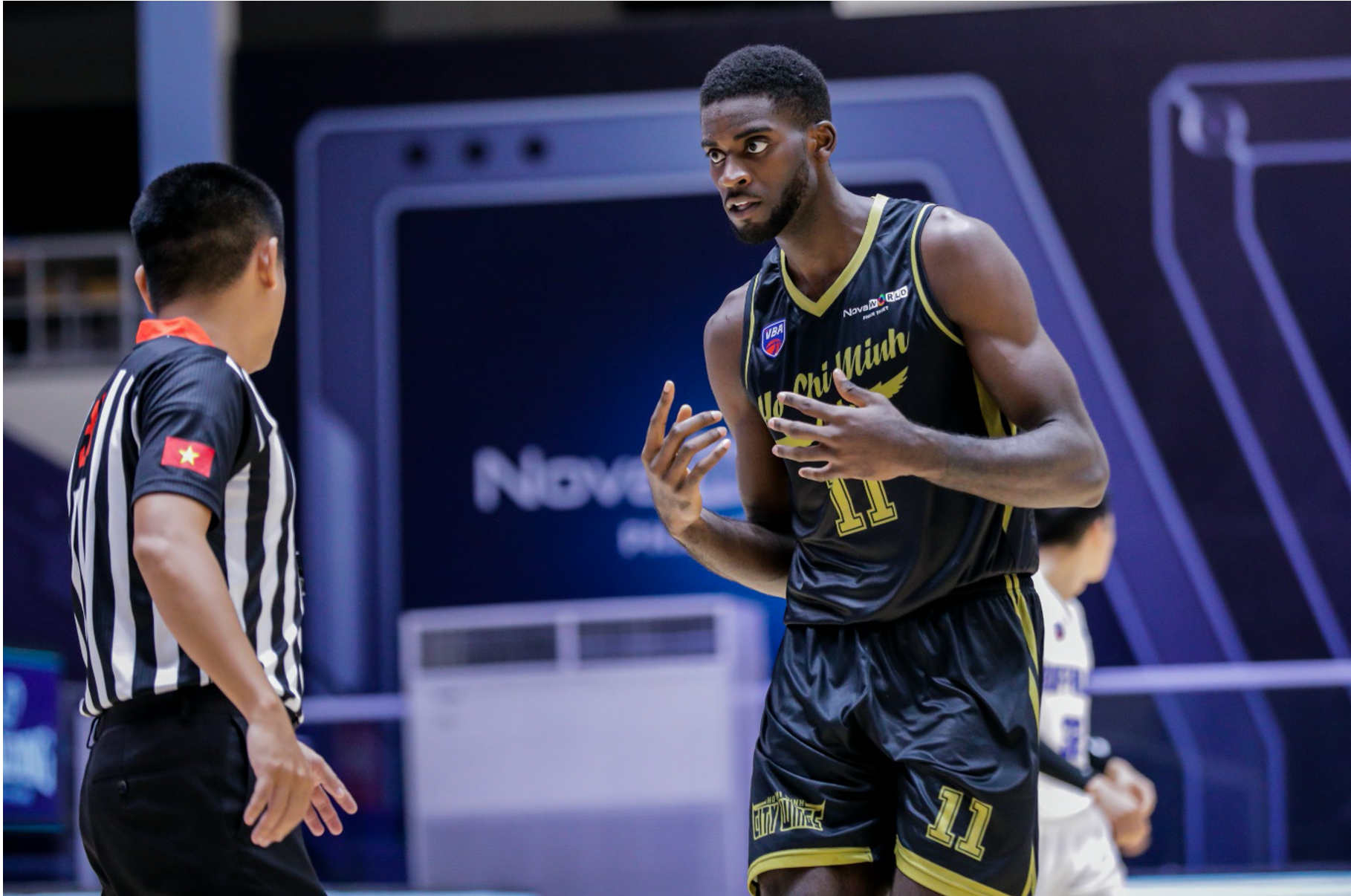 At the VBA Premier Bubble Games 2021, soft skills and good sportsmanship were also an important factor that helped players achieve good results and leave a great impression on supporters.

Civilized conversations with the referees

Instead of aggressively expressing his dissatisfaction with the referee's decision, Makinde London of Ho Chi Minh City Wings decided to control his emotions and discussed the situation in a calm manner.

The amicable action helped him avoid repeating the same mistake and minimize the possibility of falling into foul trouble.

Similarly, the leader of Danang Dragons, Akeem Scott, was always able to keep his cool following collisions during games.

In some cases, if a player lost his temper, his teammates were always ready to intervene to prevent the situation from escalating.

The interpreter of the team

Thanks to his coaching experience at the national championship and fluency in both English and Vietnamese, Vietnamese-Dutch player Vincent Nguyen played an important role in Ho Chi Minh City Wings as he broke the language barrier between Vietnamese and foreign members.

Nguyen said he still needs to further improve his Vietnamese speaking and pronunciation skills, adding that joining during the season gave him the opportunity to sharpen his flair.

A dead ball is when it is thrown out of the court, during which the clock stops ticking.

The clock starts counting again when a player picks up the ball.

At the VBA Premier Bubble Games 2021, Scott took advantage of this rule by letting the dead ball roll to a more favorable position before picking it up and passing it to his teammates.

The trick can be effective in the last minutes of the game.

Collisions and injuries are quite common on the basketball court, thus it is important for players to arm themselves with basic first aid knowledge.

During a high-speed encounter, Richard Nguyen of the Vietnamese national basketball team was injured and in pain.

Thanks to the prompt assistance of his teammate Nguyen Huynh Phu Vinh as well as the medical team, Nguyen was able to quickly recover and return to the game.