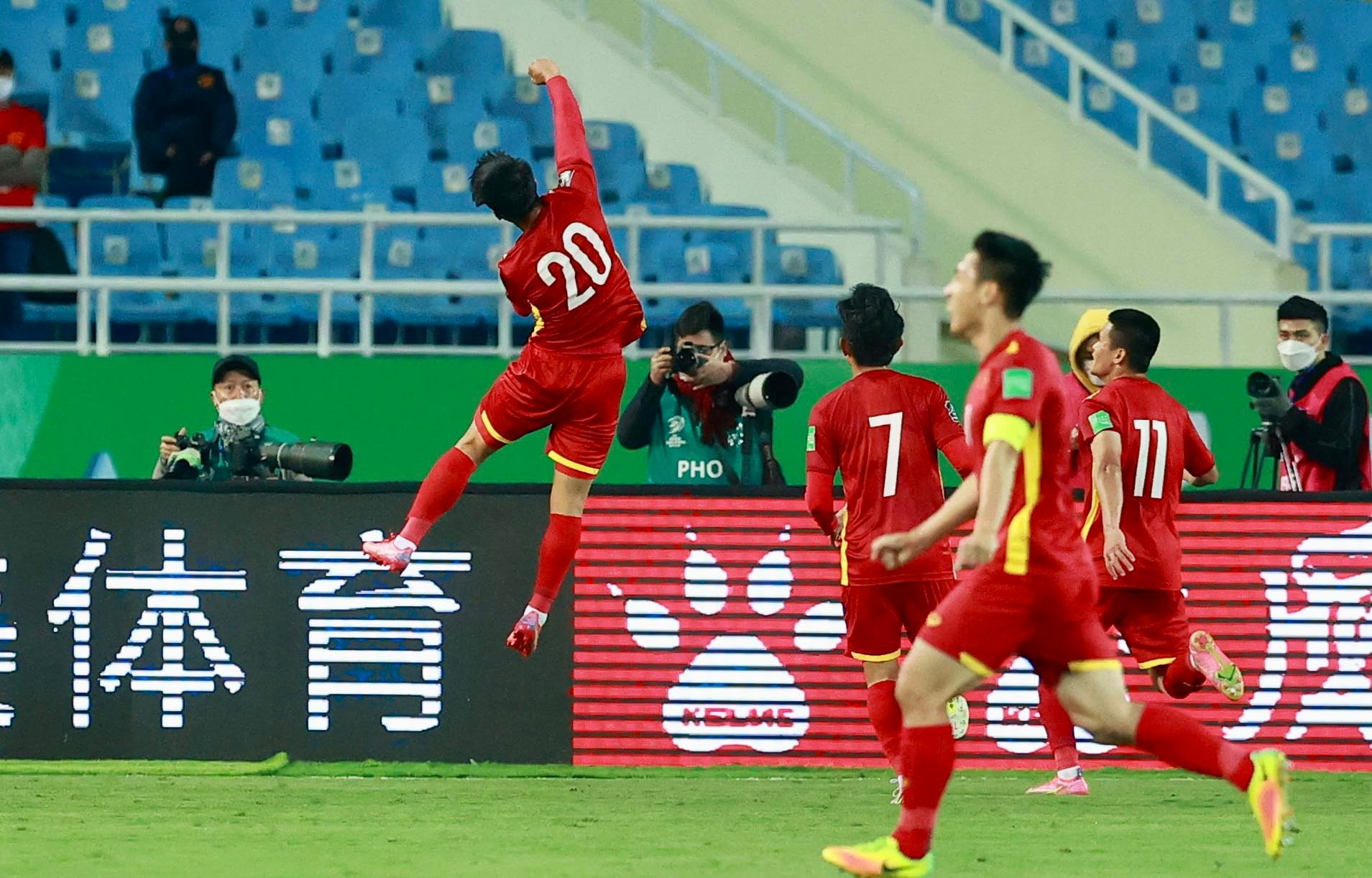 Vietnam beat China 3-1 in their 2022 FIFA World Cup Asian qualifier in Hanoi on Tuesday evening, pocketing their first three points after having competed in eight games.

Vietnam had been officially out of the FIFA World Cup finals, hosted by Qatar later this year, following their 0-4 defeat against Australia in Melbourne on January 27.

The Golden Stars previously lost to China 2-3 in their third game in the final round of the 2022 FIFA World Cup Asian qualifiers, which took place in the United Arab Emirates (UAE) last October.

Despite already losing the ticket to the finals, the Vietnamese were still determined to redeem themselves as well as to earn their first points when entering the game at My Dinh National Stadium in Hanoi on Tuesday.

Right-winger Ho Tan Tai opened the scoring for the hosts on nine minutes, heading home an accurate pass from skipper Do Hung Dung.

The gap was widened to 2-0 just five minutes later, when forward Nguyen Tien Linh easily kicked in a cross from Dung on the right flank.

China failed to seize several chances of narrowing the gap during the remaining minutes of the first half.

Both teams entered the second half with some changes to their line-ups.

China’s Zhang Yuning found the back of Tran Nguyen Manh’s net in the 49th minute, but the goal was disallowed as he had been offside.

Phan Van Duc, who replaced Linh in the 70th minute, scored the third goal for the Golden Stars 76 minutes into the game.

Vietnamese goalie Manh was substituted by Bui Tan Truong due to an injury in the 86th minute.

China managed to shorten the gap in the nick of added time thanks to a right-footed shot in the box by Xu Xin.

The Chinese players no longer had any chance to turn the tables. The game thus ended with a 3-1 triumph for Vietnam.

This is Vietnam's first win over China at senior football level and also Southeast Asia's first-ever victory in the final round of the FIFA World Cup qualifiers.

Vietnam are at the bottom of Group B with three points, Saudi Arabia on top with 19, Japan coming second with 18, Australia third with 14, Oman fourth with seven, and China fifth with five.

It will take place from April 6 to 30