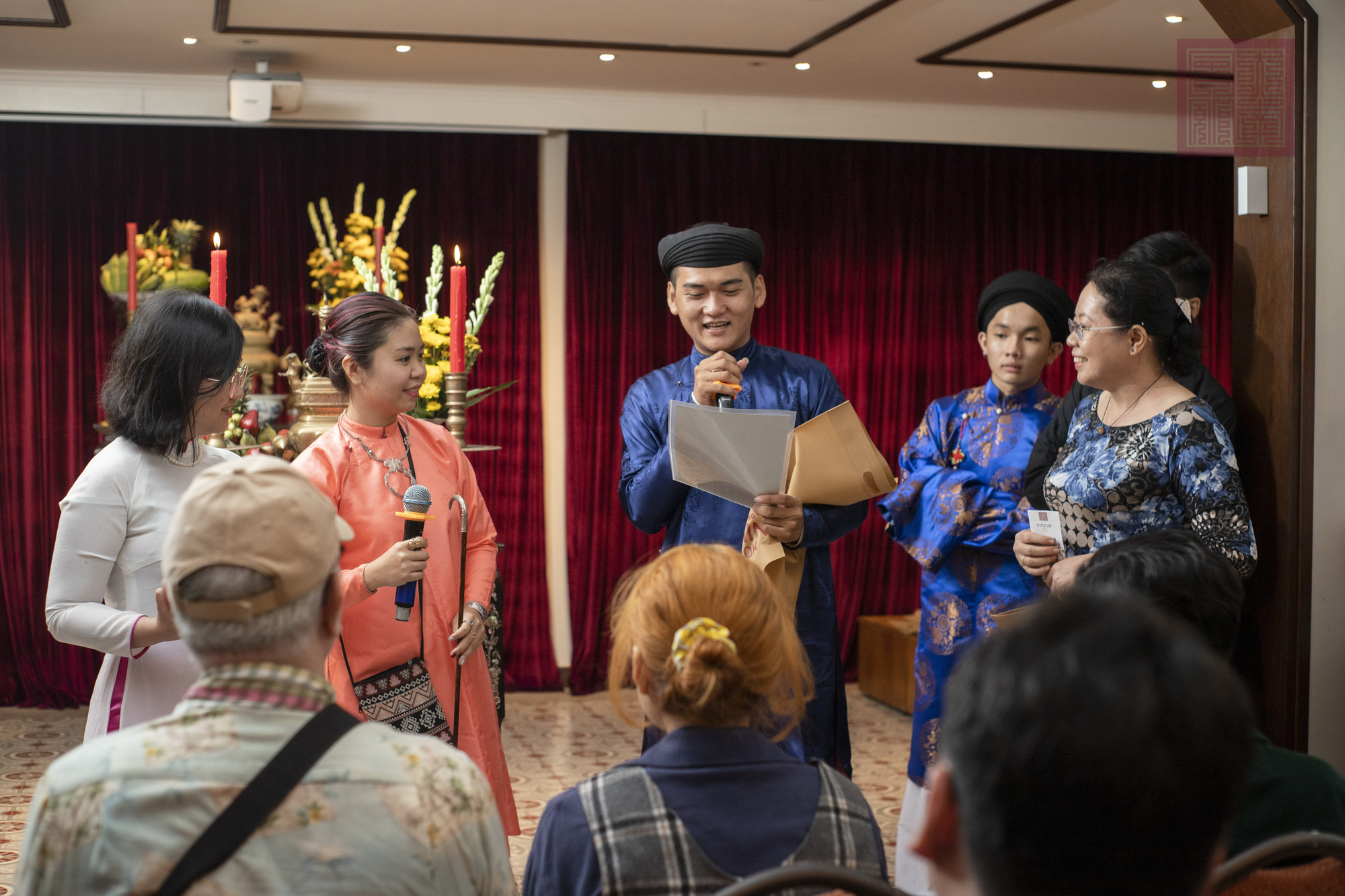 A young Vietnamese man is spearheading a cultural project with a view to connecting his country’s young generation with its ancient traditions.

The project’s name is inspired by a former official name of Vietnam dating from the 19th century.

Before launching the project, Tinh had spent many years traveling and studying ancient Vietnamese culture across the country, especially in the Mekong Delta region of southern Vietnam.

The Tra Vinh Province-born young man was raised in a family that was unflinching in their upholding of traditional values, including many formal and strict rules of behaviors that dictate how one should be mindful of their walking posture and speaking manner, among many others.

Through interactions with his peers and his own observations, Tinh soon found that many of those traditional values are changing over time, with some already falling into oblivion in modern-day Vietnam.

The more Tinh thought about this since moving to Ho Chi Minh City for higher education, the more he felt compelled to do something about it.

Since his freshman year at Ton Duc Thang University in the city as an urban planning major, Tinh has contemplated creating a club for young people who share a passion for the ancient culture of Vietnam.

“Looking at the ancient buildings in Saigon reminds me of my childhood’s beautiful memories," Tinh explained the reason behind the creation of Dai Nam Club, referring to the old name of Ho Chi Minh City.

"I only wanted to bring together people with a similar passion to get to know about and share the cultural values together.

“It was not until the end of 2017 that I could turn the idea into a reality."

The Dai Nam Club project started as a Facebook Page with only a few dozen followers, where Tinh and other members posted articles about Vietnam's traditional culture.

He was taken aback as the articles, which approach ancient cultural topics from the perspective of a young man, soon began to gain traction on the social networking site, commanding the attention of young audiences on the Internet.

Droves of young netizens followed the page and posted their comments under the articles, which gave Tinh the confidence that what Dai Nam Club was doing was worthwhile.

The online community’s reaction to and feedback on the page’s articles have been positive so far.

“I found that the cultural industry has thrived remarkably in some countries such as China, South Korea, and Japan as they know how to promote their traditional cultures, especially introducing the distinguishing cultural values into schools and films,” Tinh told Tuoi Tre (Youth) newspaper.

“For our nation, I found that the young generation nowadays prefers the Western culture to the Vietnamese one, and browsing social media over reading books,” Tinh said.

“Taking advantage of this fact, I wanted to experiment with the idea of telling stories of ancient culture via an [Industry] 4.0 technical platform. I was fortunate to be headed in the right direction,” he continued.

They also organized occasional field trips to Mekong Delta provinces, during which members not only got to know the locals’ culture and lifestyle but also had a chance to hear stories about daily life in the past through older people’s accounts.

After comparing what they hear on the field to historical documents and books, Tinh said he would choose suitable content to share with followers of the Dai Nam Club Page.

Apart from sharing cultural information online, Dai Nam Club’s members have also been holding regular events that bring onto the stage traditional customs such as stories of the past, how the traditional Vietnamese long gown ao dai was worn in the old days, and how people in ancient Vietnam observed the New Year.

In each of these shows, the club tried their best to convey special messages such as familial love, behavioral culture, and how to address others.

The number of participants in each event has been limited to around 40-60 people.

“Because this is such a niche show, it needs to be held in a limited space allowing the audience to talk to one another,” Tinh explained.

The performances were accompanied by detailed, straightforward explanations about each of the rituals and customs.

For many young participants, it was their first time watching a Vietnamese wedding ceremony being conducted in line with ancient customs.

It often takes Dai Nam Club much effort to hold such cultural events. The first challenge is finding a source for old stuff that can be used as props.

A considerable amount of time will be then spent on doing research on the subject and verifying documents relating to it.

“I feel most happy that foreigners have come to watch each of our shows. They are independent researchers and foreign students coming from such countries as the U.S., France, and India who are doing research on the Vietnamese culture,” Tinh said.

"They posed questions when the show finished and took part in the follow-up discussions. It makes me think more about the idea of introducing Vietnam's traditional culture to the world in the future,” he continued.

Taking part in Dai Nam Club is a time-consuming and costly pastime, according to Khau Cao Nhat Phuc, 17, the youngest member who lives in District 7, Ho Chi Minh City.

“I have joined the club for more than half a year. As I am still an 11th-grade student, I have to borrow an ao dai whenever the club holds an event,” Phuc said.

“It's rather simple to buy a modern ao dai, but it could cost me dozens of breakfasts to purchase an ancient one as even the cheapest is priced at around VND2 million [$86]."