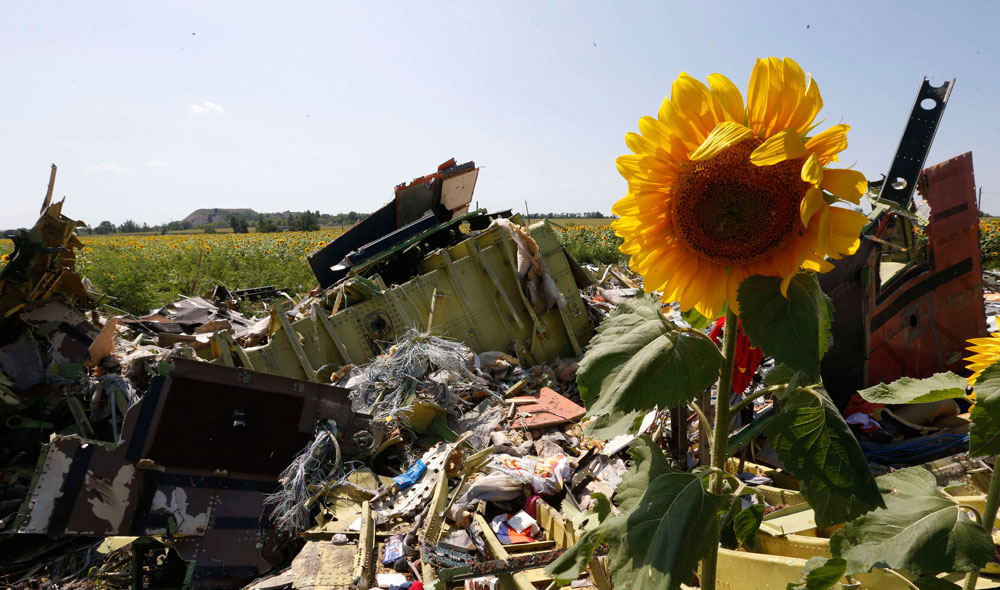 KUALA LUMPUR, July 28 - Jonathan Takom has been a Malaysia Airlines steward for 16 worry-free years, but after the carrier's loss of two planes and nearly 30 crew, when he touches down these days his anxious family calls to check he's safe. Pain and doubt have replaced the sense of security that he and his colleagues had previously taken for granted at the airline which once had a solid safety record. "Especially when we arrive they will check whether we arrived safely. They want to know when is the flight and especially the flight number," said Takom, 37. "The pressure from my family to stop (working on planes) is there. They ask me to think about it." Malaysia Airlines' once strong reputation has been shattered by the still-unsolved disappearance of flight MH370 in March with 239 aboard, and the downing of flight MH17 in Ukraine on July 17, which killed all 298 on the plane. The twin tragedies claimed the lives of 27 Malaysia Airlines crew. "Obviously MH17 is a very traumatic situation where you see it happening -- the plane going down," said Ismail Nasaruddin, president of Malaysia's national flight attendants union, referring to grainy video of MH17's fiery last moments. "It will take quite a while to accept. We have to wait and see what are the side effects. Some have lost their very good friends."'Like family' No reports have yet emerged indicating any exodus by the carrier's cabin crew -- who have won numerous industry quality awards over the years. But it is with heavy hearts that many now don the carrier's distinctive blue batik-design cabin-crew uniforms. At an interfaith prayer session held last Friday at the airline's training centre on the outskirts of the capital Kuala Lumpur, many staff arrived in uniform, some in tears. Many lingered afterwards, crying openly and hugging each other. "We are still feeling the pain, but we have to go on," said a 39-year-old female flight attendant, a 17-year veteran with the carrier. Most airline staff spoke on condition of anonymity as the company generally requests them not to speak to the media. "It's very hard. We were just coming out of the shock of MH370," said another flight attendant, 41. Another colleague said the tragedies were fuelling a sense of togetherness, while Takom and others were buoyed by well-wishes, hugs and even gifts of flowers and chocolates from sympathetic passengers. "I will continue flying but deep inside when we work we think of all those who are still missing. Anything can happen to any of us," Takom said. "We are like family." Zulkifli Abdul Rahman, brother-in-law of MH17 flight attendant Azrina Yakob, a mother of two, said his family was stunned by the twin disasters. "We were shocked by the news," he said at his home in a residential area near the airport where many Malaysia Airlines staff live. "We did not expect there will be another incident. It was a big surprise." Tribute walls have gone up on- and off-line, including photo montages of crew aboard MH17. "R.I.P. We miss you all," a Malaysia Airlines staff member wrote on a tribute wall at the training centre. "We luv u MH370 & MH17," another posting read.Low morale Malaysia Airlines was already struggling with years of financial losses, a situation now deeply compounded by the double tragedies. A turnaround plan, which airline analysts say must include cuts to a bloated payroll, is expected soon, increasing the sense of a workforce under pressure. One 43-year-old pilot told AFP that cabin crew morale was suffering. "We don't see the usual joy in their faces after we land," he said. A flight steward said he was now considering a job change. "They (my family) are worried but they don't show or express their emotions. I know they are concerned," said the 12-year veteran.