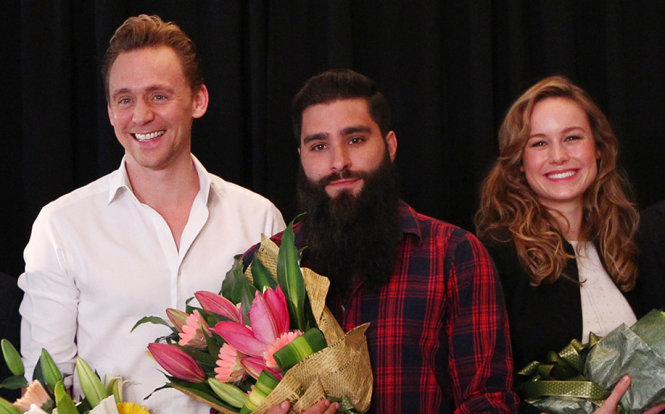 Members of a council under Vietnam’s tourism ministry were unanimous in their voting on Thursday to nominate U.S. filmmaker Jordan Charles Vogt-Roberts, director of the Hollywood blockbuster “Kong: Skull Island,” to a four-year term as the country’s tourism ambassador.

The Vietnam National Administration of Tourism (VNAT) nominated the Kong director to become the country’s next tourism ambassador, and all 13 members of the council for appointment and dismissal of the title backed the suggestion.

Chung added that VNAT had previously informed Jordan Vogt-Roberts of the plan to elect him ambassador for the 2017-20 tenure, and the U.S. filmmaker happily welcomed the offer.

“This is a great chance for us to promote Vietnam’s tourism industry to cinemagoers and tourists from around the world,” the VNAT official said.

Chung elaborated that Jordan Vogt-Roberts’ latest film, Kong: Skull Island, had 70 percent of its content shot in Vietnam, showcasing Vietnam’s landscape to movie fans across the globe when the blockbuster hit theaters worldwide on Friday.

The appointment is pending approval from Minister of Culture, Sports and Tourism Nguyen Ngoc Thien.

According to the Vietnam News Agency, Jordan Vogt-Roberts is slated to receive the official appointment decision at a ceremony on March 13, when he is in Hanoi.

The director will become the first-ever foreigner appointed to the post and will work to promote Vietnam’s tourism through activities related to communication, art, and photography, according to the Vietnam News Agency.

He may also be invited to attend promotional tourism programs in the U.S. and Western Europe, Chung told Tuoi Tre.

Vietnam was one of the three destinations selected for filming of the “Kong: Skull Island”, the others being Hawaii and Australia.

Vogt-Roberts is hopeful that the film will encourage more visitors to Vietnam, although he said he is mindful of both the advantages and pitfalls of tourism, according to the Vietnam News Agency.