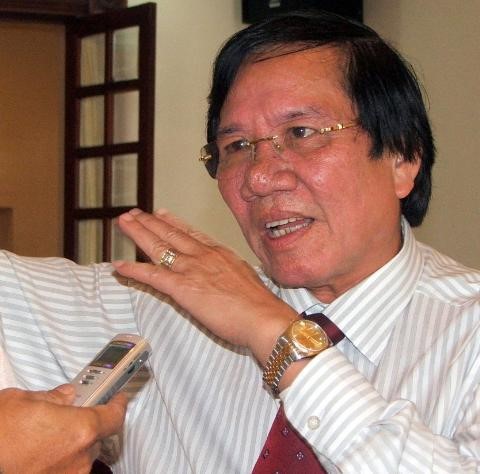 Police have initiated legal procedures against a former chairman of state-run Vietnam Rubber Group (VRG) for his alleged violations of state rules, which have led to serious consequences.

The Ministry of Public Security launched an investigation on Tuesday in to the offenses of Le Quang Thung, ex-chairman of VRG, along with four other former officials from its units in the southern provinces of Dong Nai and Binh Phuoc.

The Government Inspectorate of Vietnam had previously reported its conclusions of an examination of capital and state asset management at VRG and its subsidiaries during the 2005-11 period.

According to the report, as of 2011, VRG had channeled nearly VND2.6 trillion (US$114.4 million) into investments in other businesses, accounting for 13 percent of the group’s charter capital.

Violations were also recorded in the transfer of shares at rubber companies in the southern provinces of Tay Ninh and Ba Ria - Vung Tau.

VRG subsequently established the Phu Rieng- Kratie Rubber Company to invest in a rubber plantation project in Cambodia, during which violations were committed, causing losses of over VND483 billion ($21.2 million).

VRG and the project developer also spent nearly $1.9 million worth of bank loans illegitimately, resulting in their inability to pay up.

According to the Government Inspectorate, these violations caused losses totaling VND8.3 trillion ($365.6 million).

The inspection highlighted that VRG and its units had invested large sums of money in businesses outside of the rubber industry, only to end up suffering heavy losses.

As of late 2011, the Tay Ninh Rubber Company had channeled almost VND70 billion ($3 million) into six firms, of which only one produced profit worth approximately VND1.5 billion ($66,078).

In early December, Prime Minister Nguyen Xuan Phuc called on the relevant authorities to deal with the serious violations at VRG.