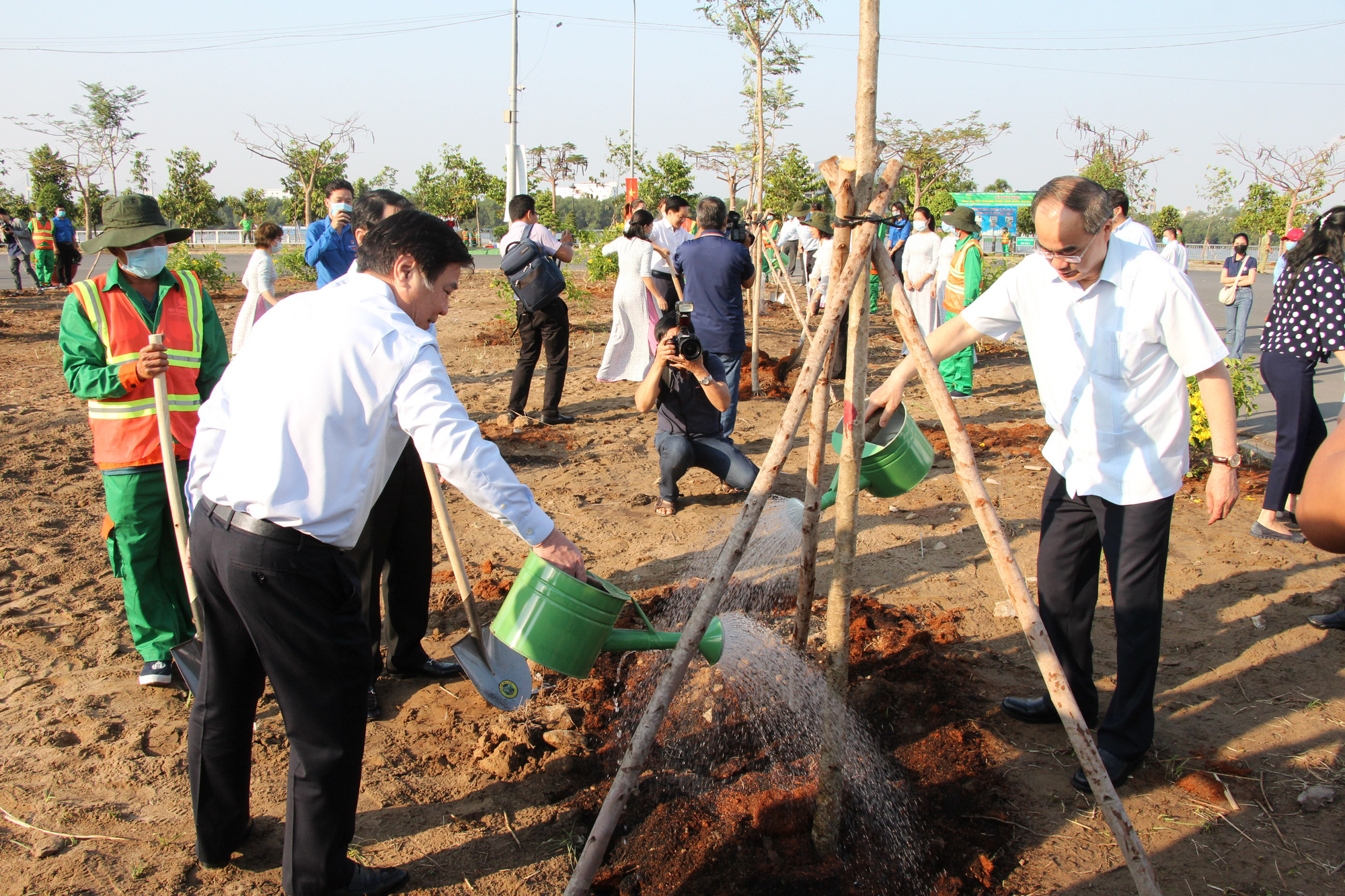 Ho Chi Minh City will not trade the environment for economic growth, chairman of the municipal People’s Committee Nguyen Thanh Phong said at a tree planting and environmental sanitation campaign in Thu Duc City on Sunday.

Speaking at the event, chairman Phong stated that planting trees reflects the cultural beauty of Ho Chi Minh City and is a practical activity given the ongoing climate change.

“Since 2011, environmental protection has been included in one of the city's seven breakthrough programs,” the official stated.

The people and government of Ho Chi Minh City, and Thu Duc City in particular, will join hands to make the southern metropolis a green, clean, and beautiful city, Phong remarked.

Such activities will help spread the message of environmental protection and combat climate change, while spurning the country’s effort to plant one billion trees.

Hoang Tung, chairman of the Thu Duc City People’s Committee, said that rapid urbanization has brought about a lot of environmental challenges.

Many residents are still littering on local streets and dumping garbage into canals, which exacerbates inundation and pollution.

“To deal with the issue, Thu Duc City has launched tree planting events at three locations and in 34 wards to expand urban green space,” Tung said.

“Through these activities, we hope to raise awareness of environmental protection among local residents.”

Thu Duc City has set a goal of planting one million green trees during the 2021-25 period, the official added.