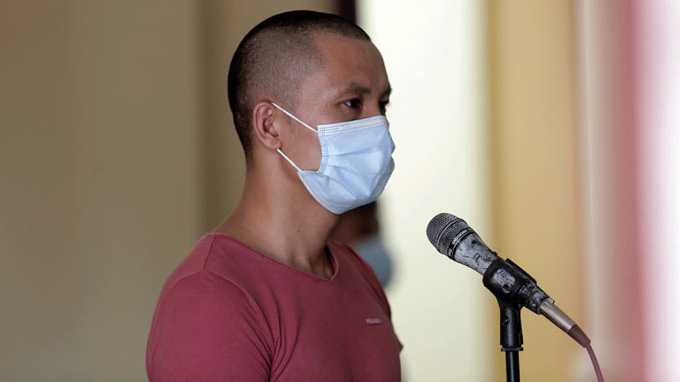 A man from Bac Giang Province, Vietnam's largest COVID-19 epicenter, has been sentenced to 30 months in prison for attacking an officer at a coronavirus checkpoint.

The People’s Court in the northern province's Yen Dung District conducted the trial of Luong Van Tien, 37, on Thursday.

The indictment showed that he invited several friends to his home in Tien Phong Commune for a party on May 21.

That afternoon, the group relocated to a friend’s house in Noi Hoang Commune.

While at the commune’s COVID-19 checkpoint, Tien tried to cross a fence surrounding an isolated area.

He did not cooperate with officers when they asked him to leave.

The man eventually grabbed one of the officers by his shirt and punched him in the head.

Tien was later apprehended for obstruction.

At the trial, Tien insisted that he could not control his behavior due to the influence of alcohol.

Vietnam had documented 8,195 coronavirus cases as of Friday afternoon, with 3,085 recoveries and 49 deaths, according to the Ministry of Health.

The country has recorded 5,088 local infections in 37 provinces and cities since the fourth transmission wave hit the country on April 27.

Bac Giang has detected 2,757 cases, the highest in the country during this bout, with many of the patients recorded at local industrial parks.