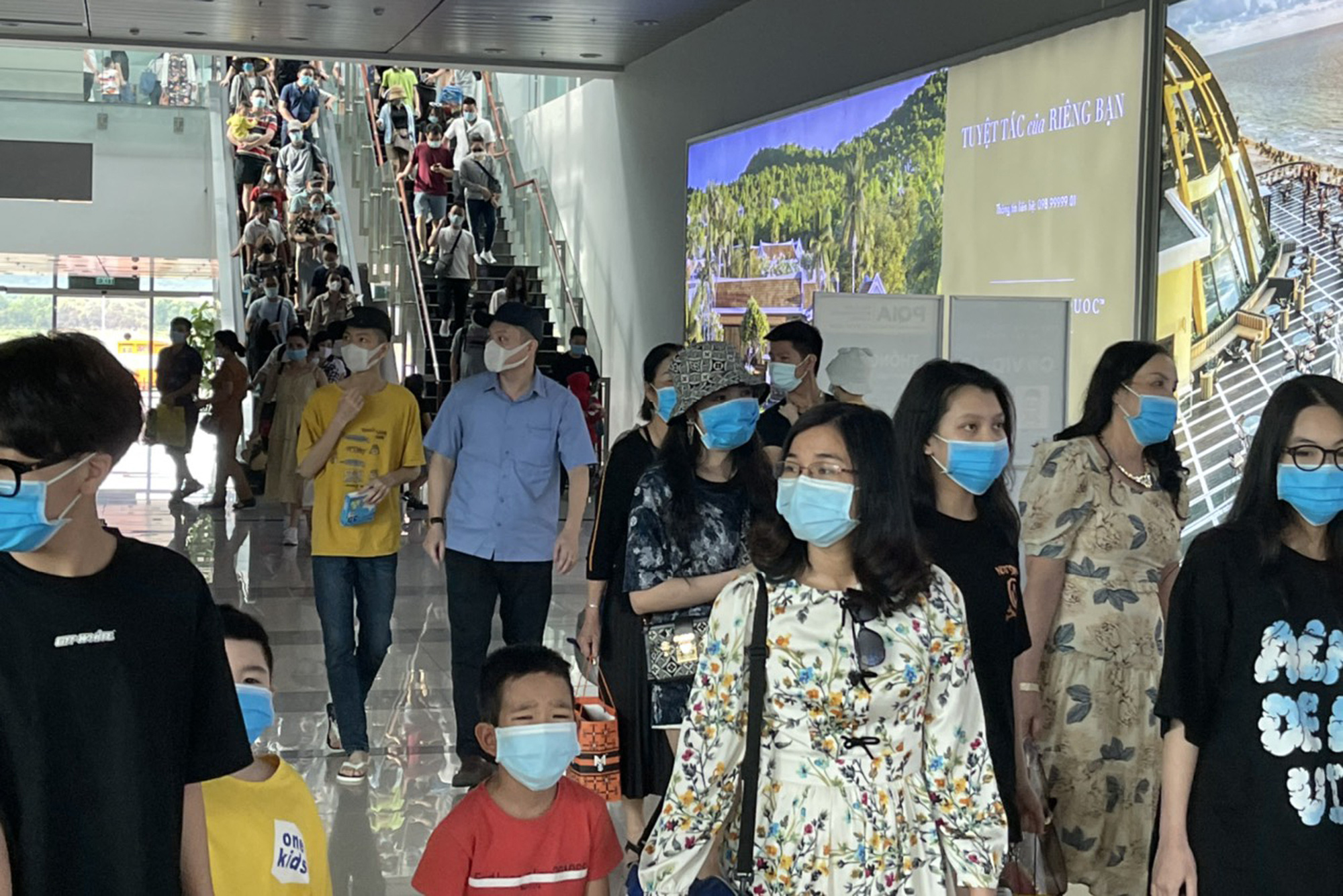 Authorities in the southern Vietnamese province of Kien Giang have facilitated the return of six French students stranded on Phu Quoc Island by expediting their repatriation process and enabling their passage through various COVID-19 checkpoints.

Pham Van Nghiep, deputy chairman of Phu Quoc, on Thursday said that the students left the island for the mainland town of Ha Tien by ferry on Wednesday.

From there, they were taken to Ho Chi Minh City by car.

They were scheduled to board a flight from the southern metropolis to return to France at 3:50 pm on Thursday, according to Thanh Nien (Young People) newspaper.

Earlier, the French Consulate General in Ho Chi Minh City sent a diplomatic note to Kien Giang authorities asking them to facilitate the repatriation procedures and help the stranded French students pass through medical checkpoints so that they could get to Ho Chi Minh City in time for their repatriation flight.

The students entered Vietnam on April 24 and stayed in Hanoi.

They traveled to Phu Quoc Island on July 15 as tourists and got stuck there after 19 southern localities, including Kien Giang Province, imposed strict social distancing orders on July 19.

Currently, there are about 400 foreigners in Phu Quoc, primarily working on investment projects or for high-class resorts.

While there are no official statistics on the number of tourists stuck on the island due to social distancing regulations, Phu Quoc City authorities are committed to facilitating the repatriation of stranded foreigners to their home countries.

Phu Quoc, Vietnam’s largest island, became a top tourist destination after the government rolled out a 30-day visa-free policy for foreigners in 2014.

In 2019, before the onset of the pandemic, it received over five million visitors, including 541,600 foreigners, according to the Vietnam National Administration of Tourism.

Vietnam closed its borders and canceled all international flights in March last year.

Only Vietnamese repatriates, foreign experts, diplomats, investors, highly-skilled workers, and students have been allowed in since with stringent quarantine requirements in place.