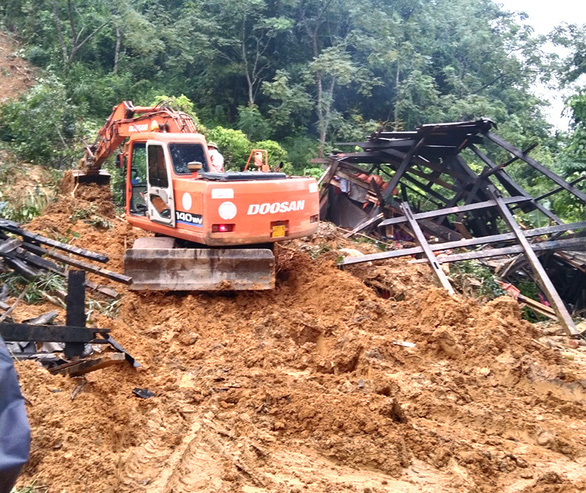 Three children died as their house was buried in a landslide in Vietnam’s northern province of Tuyen Quang early on Tuesday morning, local authorities reported.

Their house collapsed and was buried in rocks when the landslide hit Khau Tinh Commune in Na Hang District, following a heavy downpour, said To Viet Hiep, chairman of the district’s administration.

Due to the prolonged downpour together with whirlwinds, a large volume of soil and rock suddenly slid down from a hill at around 3:00 am and covered the house of a couple and their children.

Rescuers were mobilized to the scene to search for the victims and they later found the bodies of three children of the couple under the rubble. They were ten, nine, and six years old.

Their parents escaped death in the fatal accident.

Local authorities have given VND18 million (US$800) as initial support to the couple and arranged temporary accommodations for them.

The heavy rain lasting from Monday night until Tuesday morning in Na Hang, with precipitation of more than 131 millimeters, according to the National Center for Hydrometeorological Forecasting.