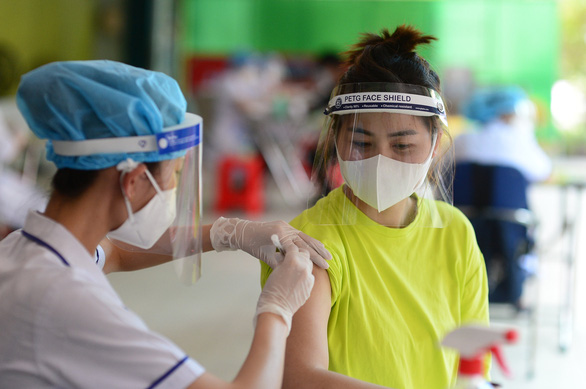 The German government has decided to gift Vietnam around 2.5 million doses of AstraZeneca vaccine to assist the Southeast Asian country in its fight against the raging COVID-19 pandemic, according to the Vietnamese Ministry of Foreign Affairs.

Germany made the decision on Friday, following its earlier announcement to offer 75 ventilators, 15 medical monitors, and 20,000 oxygen meters to Vietnam, its strategic partner since 2011, the ministry said on Saturday.

Such support shows the solidarity of the German government and people with Vietnam in difficult times, the ministry commented.

The medical assistance resulted from Vietnam’s ‘vaccine diplomacy’ efforts, including a letter sent by Prime Minister Pham Minh Chinh to his German counterpart Angela Merkel and talks between the two sides.

Vietnam has prioritized accessing multiple sources of COVID-19 vaccines to put the coronavirus spread under control.

Germany has so far been the biggest vaccine donor among EU member nations to Vietnam.

As one of the world’s largest contributors to the COVAX Facility with a total commitment of 2.2 billion euros (US$2.6 billion), Germany is expected to grant 30 million COVID-19 vaccine doses to developing countries by the end of 2021.

The Southeast Asian country has also secured donations from many other nations, including over six million vaccine doses from the U.S., more than three million from Japan, 700,000 from China, and 12,000 from Russia.

Vietnam targets to obtain 150 million vaccine doses to vaccinate two-thirds of its 98 million population, but has so far got around 30 million jabs from different sources, including the COVAX Facility, contractual purchases, and donations.

Meanwhile, Vietnam’s self-developed vaccine Nano Covax is going through steps to hopefully be authorized for emergency use in the country.

By Saturday evening, the numbers of people getting the first and second vaccine shots had reached nearly 18 million and over three million, the health ministry reported.

Since the pandemic struck Vietnam in early 2020, the country has documented 511,170 coronavirus infections, ranking 52nd among 222 countries and territories.

Among the total, 506,912 cases, or 99.1 percent, have been recorded domestically since late April, when the fourth virus outbreak erupted in the country, with the Delta variant dominant in most of the infections.

By Saturday evening, the country had registered 12,793 COVID-19 deaths, equivalent to 2.5 percent of the total infection cases, 0.4 percentage points higher than the global fatality rate, the ministry said.

Except Cao Bang, the coronavirus has now spread to 62 out of the country’s 63 cities and provinces, with Ho Chi Minh City topping the list with over 245,700 infections, followed by Binh Duong and Dong Nai with nearly 129,000 and more than 27,300 cases.