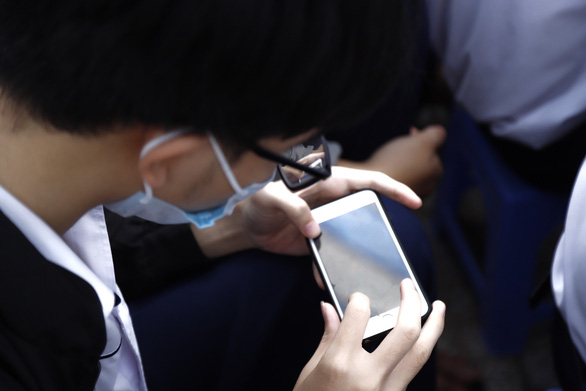 A fifth grader died after his phone exploded while connected to a charger during an online class in Nghe An Province in north-central Vietnam on Thursday, Le Trung Son, a senior education official, confirmed later the same day.

While N.V.Q., a fifth grader at Nam Anh Elementary School, was attending an online class from his home at around 4:00 pm on Thursday, the phone he was using for the class exploded and set fire to his clothes.

The brand of the phone remains unreported.

The phone was plugged in for charging at the time of the blast.

Following the incident, Q.’s neighbors ran to his house and rushed him to the hospital.

He was pronounced dead shortly after his arrival.

Q.’s was the second boy born to his poverty-stricken family.

Police are investigating the case.

Students in Nam Dan District returned to school three weeks ago but still attend online lessons once a week as the COVID-19 pandemic in the area has been put under control, according to Son.

In Nghe An, fully online classes are only offered in Cua Lo Town and Vinh City, while the other 19 districts and towns have resumed in-person schooling.