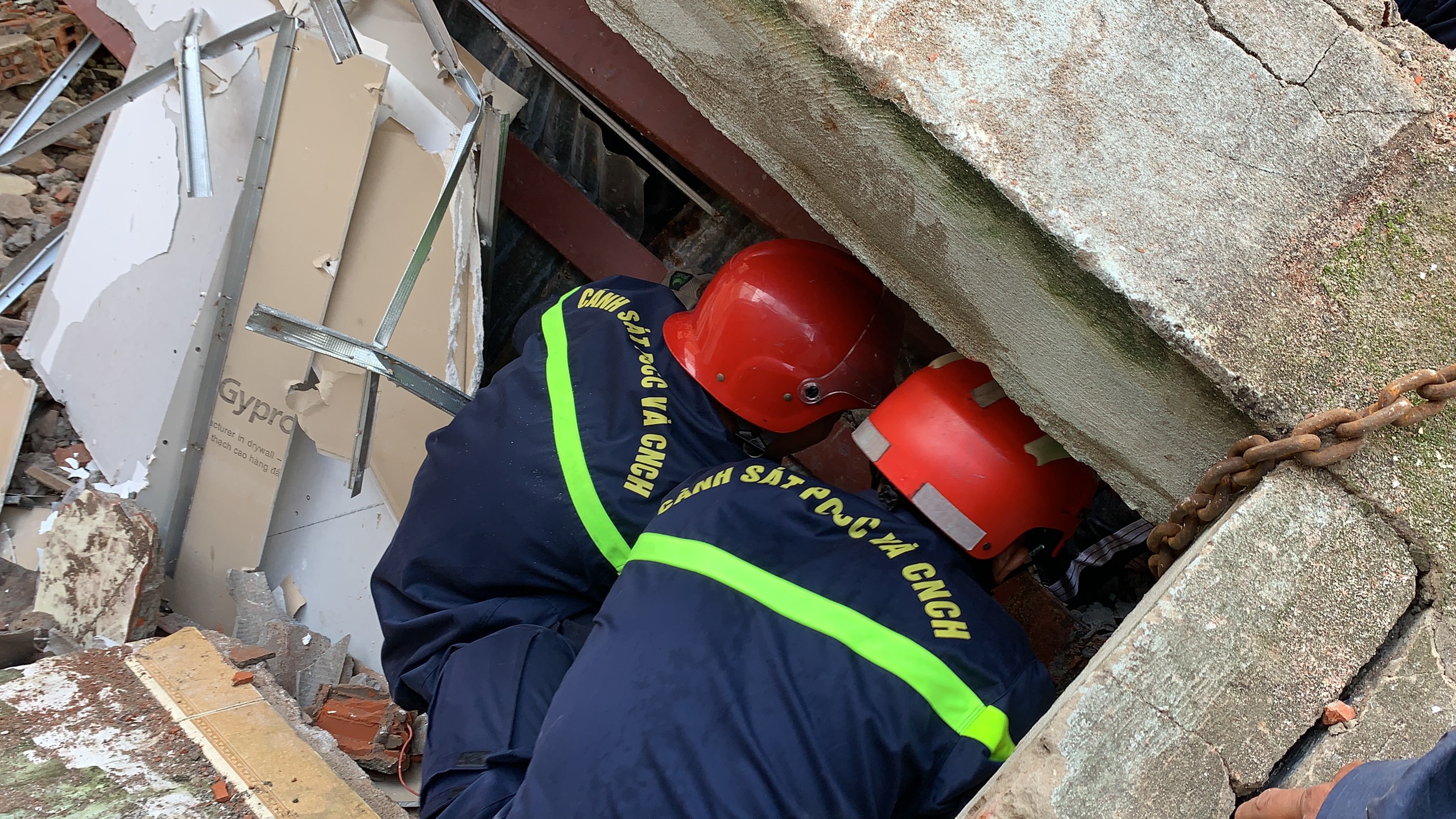 One person was killed and another injured in a wall collapse that took place during the demolition of a house in Ho Chi Minh City on Sunday.

The accident occurred at a house on Dang Nguyen Can Street in Ward 14, District 6 at around 8:25 am on Sunday, according to preliminary information.

A group of workers were demolishing the house to prepare for the construction of a new one when a big wall collapsed and buried two people.

After being notified, officers under the Fire Prevention and Fighting and Rescue Police Division (PC07) arrived at the scene to rescue the victims.

With the help of a crane truck, officers eventually managed to move the victims out of the debris, but one of them had already died.

The other suffered serious injuries and was rushed to the hospital for emergency treatment.

Police are working to determine the cause of the fatal accident.