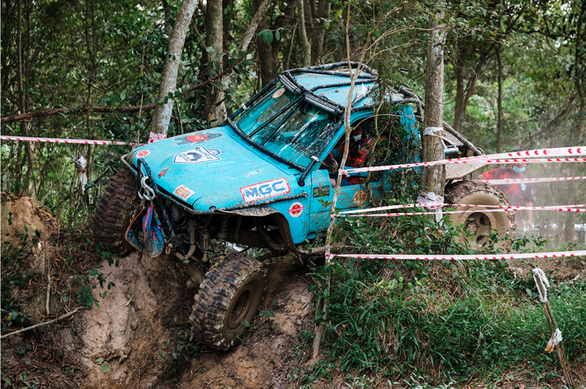 Eighty-six off-road racing teams have registered for the 2022 reality TV show ‘HTV Challenge Cup’ held by Ho Chi Minh City Television (HTV) in the southern metropolis in the middle of this month, according to the organizer’s announcement on Tuesday.

The show was introduced in 2019 in an effort to promote off-road racing in Vietnam.

It has since grown into a highly-anticipated annual event for fans of the sport.

This year, HTV continues to organize the fourth edition of the show at its familiar filming area in Cu Chi District from September 15 to 18.

Thai Thanh Chung, deputy general director of HTV, revealed that many activities will also be held on the sidelines of the program, “turning it into a true festival for enthusiasts.”

Fans can both spectate the show in person at the filming area in Cu Chi District and watch it on HTV channels, HTV’s verified Facebook page and YouTube channel, and HTV app.