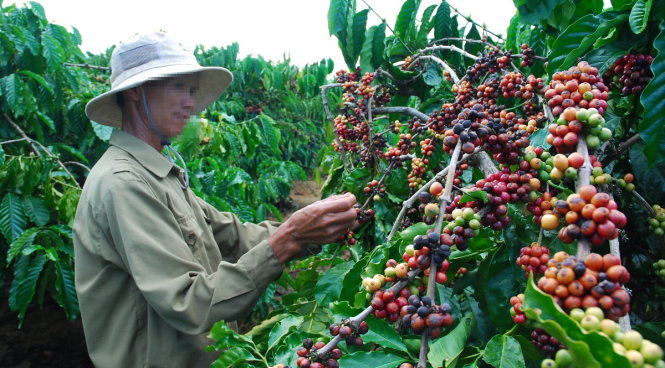 Vietnam’s local coffee prices stayed flat from last week on Thursday in low trade, as farmers had almost sold out their stocks.

Farmers in the Central Highlands, Vietnam’s largest coffee growing area, sold coffee at 35,000 dong ($1.51) per kg on Thursday, unchanged from a week ago.

“There’s not much coffee left out there and so we can’t sign new export contracts for delivery during the rest of the current crop year,” a Central Highlands-based trader said.

The current 2018/19 crop year will officially end at the end of September. Farmers will start the new harvest in October.

Traders in Vietnam offered 5% black and broken grade 2 robusta at a $90 per tonne premium to the November contract, narrowing from $110-$120 last week.

Government data released late last week showed Vietnam’s coffee exports in the first half of this year fell 10.6% from a year earlier to 928,000 tonnes. June exports were estimated at 150,000 tonnes, up from 146,220 tonnes in May.

Meanwhile, Indonesia’s grade 4 defect 80 robusta beans COFID-G4-USD were offered at a $180 premium to the September contract, flat from last week, a trader in the Sumatran province of Lampung said.