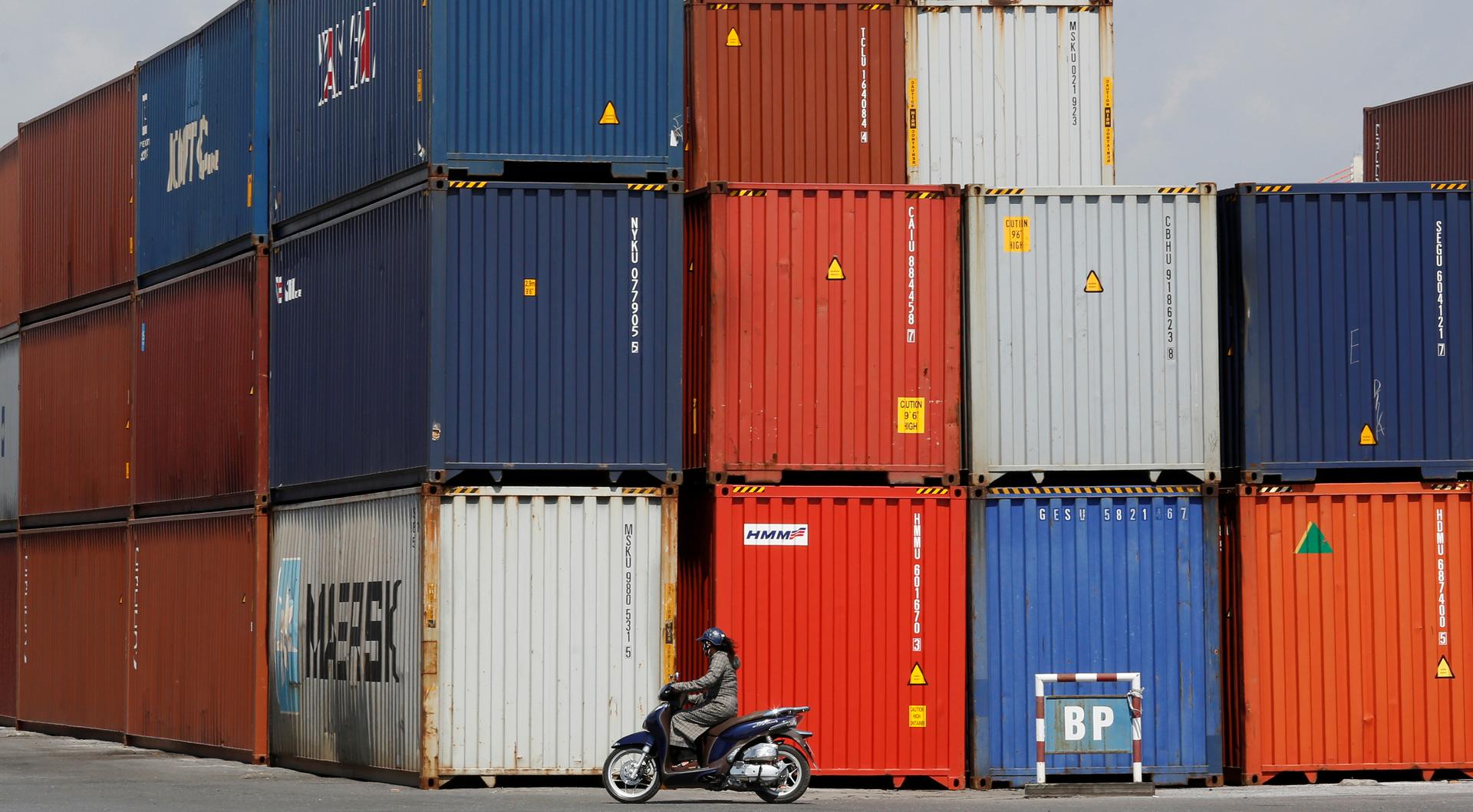 HANOI -- Vietnam likely posted a trade surplus of $100 million in February, compared with a trade deficit of $280 million in January, government data released on Saturday showed.

Exports in February rose 34% from a year earlier to $18.6 billion, while imports rose 26% to $18.5 billion, the General Statistics Office said in a statement.

Smartphones, garments and electronic home appliances were among the largest export earners in the two-month period.

Key imports were electronics, machinery and fabrics, the department said.