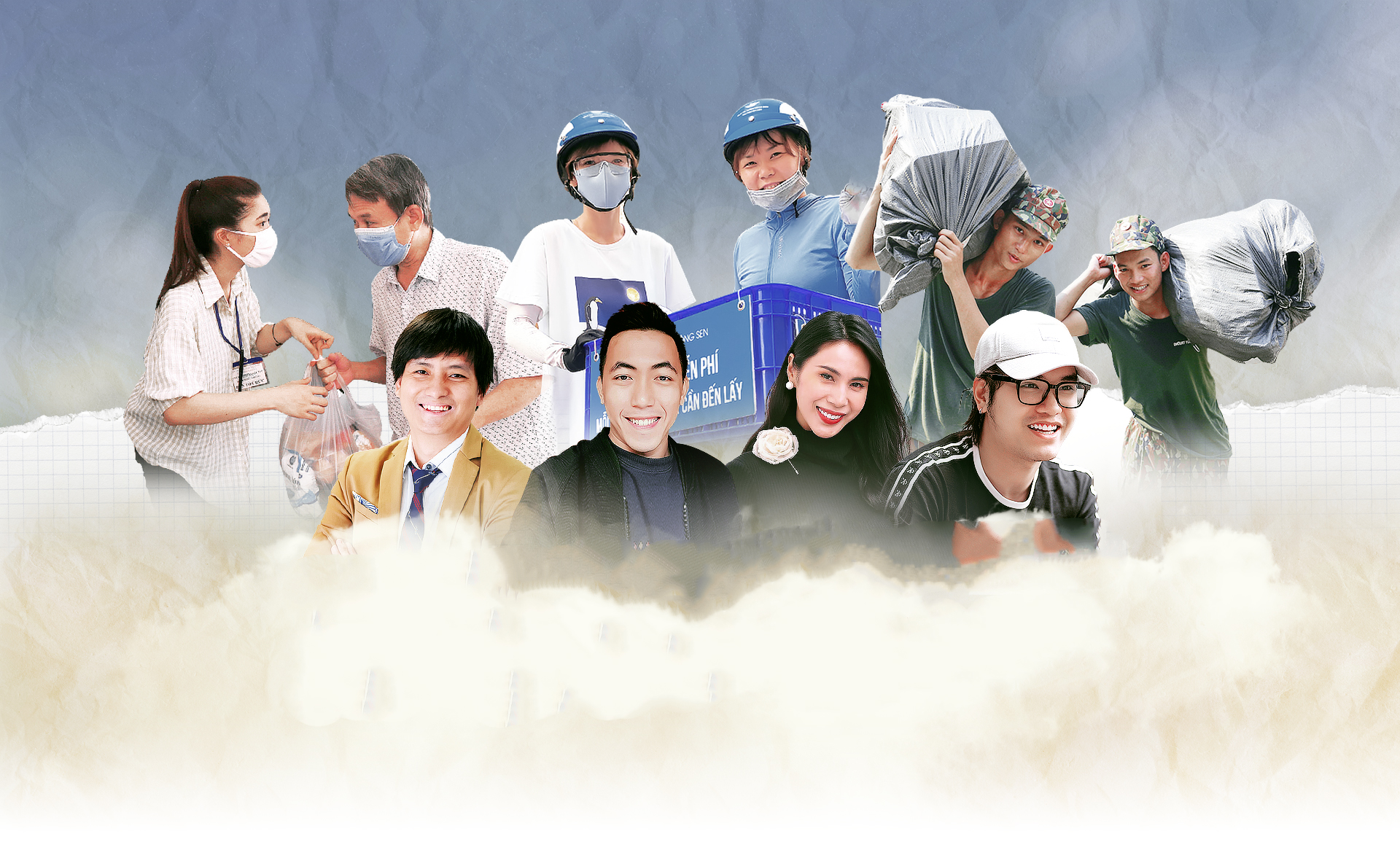 These ordinary citizens are leading Vietnam’s charge against COVID-19

As the novel coronavirus disease (COVID-19) exposes hidden rifts in countries around the world, Vietnamese are banding together to uphold their shared values of perseverance and collectivism in order to overcome the difficulties of battling a pandemic and simultaneously protecting their communities’ most vulnerable.

As Vietnam gradually reopens its economy after its initial success in containing the spread of COVID-19, it’s only fitting to recognize those who have served as inspiration for their fellow countrymen throughout the government’s anti-epidemic efforts.

Vietnam has reported no cases of community spread and only 20 COVID-19 positive Vietnamese citizens being repatriated from abroad over the past 23 days.

While there’s no doubt the effort has been countrywide, there are several ordinary citizens who stand out from the crowd as role models for how small actions can hold ordinary communities together in extraordinary times.

Songwriter-music producer Khac Hung enjoyed an unanticipated launch into stardom in early 2020 after ‘Ghen Co Vy’ — a parody version of his 2017 domestic hit ‘Ghen’ (‘Jealous’) — took the world by storm thanks to its catchy beat and important message on COVID-19 safety.

The song became even more popular when celebrity dancer Quang Dang created a viral dance challenge which became popular with TikTok users across the world.

BFMTV of France went as far as calling the tune “song of the year”.

Even UNICEF promoted the “handwashing challenge” via its Facebook page to over eight million followers.

The success of Ghen Co Vy, which was originally commissioned by the National Institute of Occupational and Environmental Health (NIOEH) under the Department of Health, prompted the production of the English version.

“The project is meant to raise public awareness as we all look continue to look forward to the end of [COVID-19] worldwide,” said the NIOEH.

Hasty meals, outdoor sleeping, and the dedication of the People’s Armed Forces

Though the forefront of disaster relief campaigns seems like the appropriate station for the People’s Armed Forces, the sacrifice that Vietnam’s soldiers have made to protect the country from an invisible, microscopic enemy is unparalleled.

These brave men and women have now spent months sleeping under the stars, racing through meals, and living hours from their loved ones as they man the country’s quarantine camps and national borders.

Their duties have ranged from shoring up the country’s defense, patrolling makeshift hospitals and isolations zones, and disinfecting suspected virus clusters — all in the name of fulfilling their oath to serve the Vietnamese people.

In a letter of encouragement to the armed forces, Prime Minister Nguyen Xuan Phuc mentioned “nights of sleeping outdoors and hasty meals” as an act of acknowledgment for the struggles that the soldiers have overcome in their triumph over COVID-19.

‘Rice ATMs’ — a novel humanitarian initiative from a young entrepreneur

Ho Chi Minh City entered lockdown in early April, which led to a sudden halt in business for thousands of small vendors and traders, particularly in large cities where many live paycheck to paycheck with little to no financial safety net.

As the economic impact bore down on Ho Chi Minh City, entrepreneur Hoang Tuan Anh realized that his privilege – a roof to sleep under, financial security, and a job – were all things so few in his community had.

Knowing he had the power to help the most vulnerable members of his community, he sprang into action building a 24/ 7 ‘Rice ATM’ that could supply the underprivileged with free rice at just the push of a button.

The model immediately caught the attention of do-gooders nationwide and was replicated across the country.

Anh, however, isn’t worried about titles, only the smiles of relief from those who don’t have to worry about where they’ll find their next meal.

For farmers in Vietnam’s Mekong Delta, COVID-19 is just another curveball in an already brutal year as saltwater intrusion and prolonged drought continue to devastate their livelihoods.

Local celebs, led by retired football legend Cong Vinh and singer Thuy Tien — the ‘Posh and Becks’ of Vietnamese show business — have spent the past few months mobilizing their resources to help their fellow countrymen in the delta.

The two megastars have so far raised billions of Vietnamese dong to provide emergency relief for suffering farmers. (VND1 billion = US$43,000)

A heartwarming timeout for an art enthusiast studying abroad

COVID-19 isolation wards wear the impression of a military establishment with layers of strict patrol and an enforced daily routine for all visitors, the majority of whom are Vietnamese expatriates returning home from epidemic-stricken countries.

Fourteen days of quarantine in a strange place without the presence of families may not be the ideal situation for artistic output, yet one Vietnamese student returning from his studies abroad found a wealth of inspiration in the wealth of humanity and warmth inside the quarantine camp that he was able to illustrate in a series of paintings.

Nguyen Tang Quang, an architecture student based in London, used his work to demonstrate a different side of life inside quarantine zones in his viral collection of works.

The paintings depict soldiers, medical officers and volunteers running daily tasks in the quarantine zone with delicate touches of watercolor and bright palettes as a way of thanking frontliners for their sacrifice.

Tears of gratitude at the Happiness Supermarket

On visits to the newly launched ‘Zero-VND Happiness Supermarket’ chain, customers don’t have a single VND for their groceries

“The staff were so nice about helping me get the items on my list that it brought me to tears,” a shopper professed.

In just a few weeks the store opened several new locations across the country to meet the needs of underprivileged residents.

The initiative received positive public response for helping those in need without making them feel ashamed for receiving aid.

The founder of the chain has kept his identity a secret, only admitting that he practices zen and keeps a plant-based diet.

His business branding is nowhere in sight at the humanitarian chain, retaining the focus on good deeds.

The meal of grace

During the social distancing period in early April, many residents in Ho Chi Minh City spotted a two-wheeled food traveling through city streets offering meal rations to those in distress.

Pop-up stations offering rice, instant noodles and other essentials were also organized throughout the city under one shared motto “Take if you are in need. Leave for others if you are doing well.”

Through this dark time, the solidarity between persons shines through even brighter than usual: many businesses have stepped in to cater for the needy, including Binh An Vegan Restaurant and Nu Cuoi Food Stall Chain, to name a few.

Bong Sen Foundation’s Nu Cuoi food stall chain, which had been widely known prior to the COVID-19 epidemic operating on a philanthropy basis of VND2,000 ($0.086) per meal, stepped up further to deliver meals to beneficiaries during social distancing.

These magnanimous gestures all play their part in a bigger movement of Vietnamese’s compassion, selflessness and generosity as a community.

Those are the beacons of hope that guide the spirit of the Vietnamese people in times of need.